Clarksville, TN – Senior middle blocker Hillary Plybon, of the Austin Peay State University volleyball team, has been named the Copies in a Flash APSU Athlete of the Week.

Plybon led the Lady Govs to a pair of Ohio Valley Conference wins last weekend, putting them at 7-5 in the conference during 2014. She recorded double-digit kills in both matches and now has three straight double-digit kill outings after having none prior to this stretch, battling through lower-body injuries earlier in 2014. 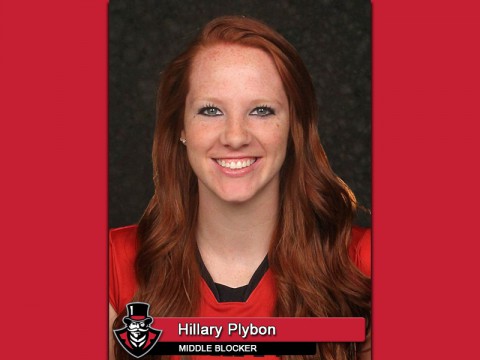 The Orrville, Ohio native recorded 23 total kills and just two attack errors on the weekend, with her 13 kills against Jacksonville State equaling the team-high.

The Copies in a Flash APSU Athlete of the Week is selected by the APSU Sports Information staff each Tuesday during the academic year.