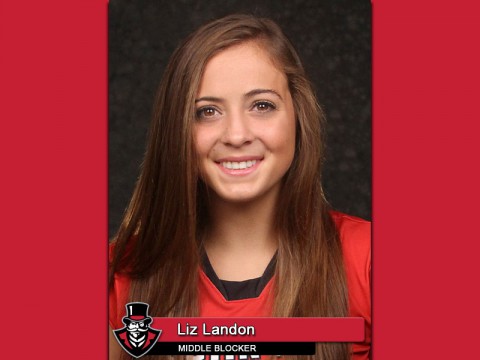 Landon is the first first-team Academic All-District® honoree since Isabel Canedo in 1992.

The senior from Northridge, California, entered her senior year with a perfect 4.0 grade-point average while majoring in health with a minor in heath science. She received the Ohio Valley Conference’s Medal of Honor, awarded to those student-athletes with the highest GPA in their sport, each of her first three years.

Landon also has been named to the Austin Peay President’s List and Dean’s List each of her six semesters.