The Monrovia Medical Unit, an Ebola treatment unit built specifically for the care of medical workers who become infected with the virus, sits about 30 miles outside the capital city of Liberia, Nov. 4, 2014. The 25-bed facility was constructed from the ground up by a team of Navy Seabees, Soldiers and Airmen from Joint Forces Command – United Assistance and will be operated by personnel from the U.S. Public Health Service, said Lt. Col. Lee Hicks, the Joint Forces Command – United Assistance command engineer. (U.S. Army photo by Sgt. 1st Class Nathan Hoskins) 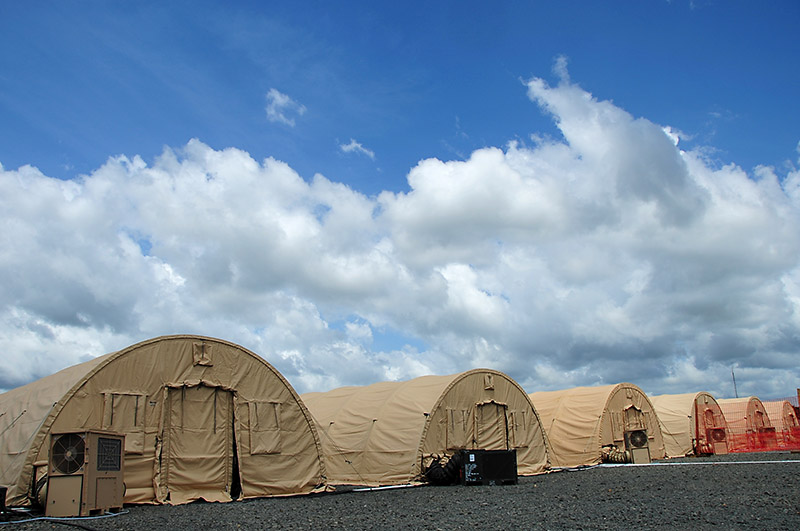