Clarksville, TN – On Monday, November 17th, 2014 at 12:11pm, Clarksville Police responded to an attempted robbery at Walgreens located on the 2100 block of Wilma Rudolph Boulevard. The suspect passed a note to the store clerk asking for oxycodone.

Jeffery Wallace, a 30-year-old Indian Mound, TN resident, was charged yesterday for the robbery at Walgreens  yesterday and driving on revoked or suspended license (DORL). The total bond amount is $75500.00. 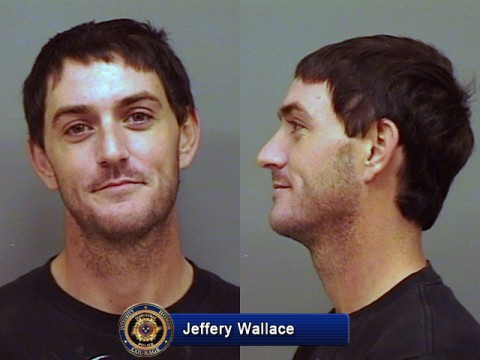