Clarksville, TN – One of the greatest golfers in the Governors illustrious history plus a former football standout who returned to his alma mater to help coach the program to its only Ohio Valley Conference title have been selected to Austin Peay State University Athletics Hall of Fame.

In addition, a former superb basketball player from Austin Peay’s small college era was selected to the Hall of Fame as part of it Honors category.

Grant Leaver, a two-time All-Ohio Valley Conference honoree who won five individual championships and played in the 2008 NCAA East Regional; Ed Bunio, a two-way player who was an All-OVC offensive tackle for the 1964 8-1-1 club and later was the architect for 1977 Governors’ championship defense, have been elected to APSU Athletics Hall of Fame. Meanwhile, Bob Bradley, who was a key member of two College Division NCAA teams in 1960-61, was chosen as this year’s honors inductee. 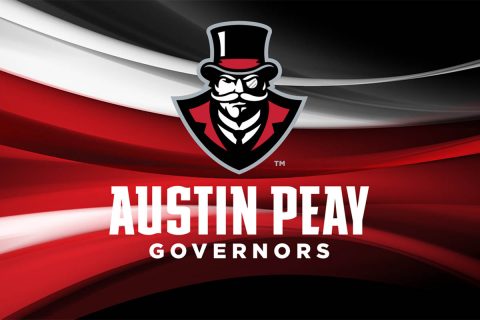 The trio will be honored in a breakfast, 9:00am, Saturday, January 31st. They also will be introduced during halftime ceremonies of the Governors’ contest with Murray State. They will become the 108th, 109th, 110th members of APSU’s Athletic Hall of Fame.

After a superb prep career as a golfer for APSU alum Jim Herron at Hickman County High School, Leaver landed at Austin Peay to play golf in 2005. His impact was immediate. As a freshman the Centerville native was named OVC Freshman of the Year after sporting a 73.3 scoring average. He also earned second team All-Ohio Valley Conference.

A former basketball standout at Hickman County, the tallest (6-7) golfer in APSU history joined the Govs basketball team after the fall golf season concluded and even earned a start for the eventual OVC champs. As a result of the basketball season, he overcame a later practice start to his golf season. But it didn’t deter the lanky Gov from enjoying a superb spring. He averaged 72.3 to tie for APSU’s single-season lowest scoring average.

As a senior Leaver elected to concentrate solely on golf and it paid off. He broke his own (and Yoshio Yamamoto’s) scoring average mark, averaging 72.03 per round, ranking in the nation’s Top 100, and posted an 823-140 record. He finished in the Top 20 in all but two of 11 tournaments played.

He also captured medalist at three tournaments, winning the Earl Yestingsmeier, Belmont Invitational and Aldila/Middle Tennessee Intercollegiate during the season. His five overall individual championships also is a school record—tied this past year by Marco Iten.

After finishing second at the 2008 OVC championships, Leaver earned a bid to the NCAA Regional in Chattanooga. He left APSU with the program’s overall career low scoring average (72.8).

Off the course, he was a seven-time Athletics Director’s Honor Roll member (3.0 GPA) and three-time OVC Commissioner’s Honor Roll (3.25 GPA/year) selection in addition to be heavily involved in the Student-Athlete Advisory Council.  He also was named the 2008 Male Joy Award recipient as the most valuable male senior athlete.

Bunio arrived at Austin Peay after spending his freshman year (1961) at Arizona. An offensive and defensive lineman, he would start the next three seasons for APSU, suffering through 0-10 and 1-9 campaigns—the 1963 season was APSU’s first in the OVC.  The Carnegie, PA, native was elected one of three co-captains for that first OVC season.

Then in 1964, under first-year coach Bill Dupes, Bunio was part of a complete turnaround. After a 0-7 first season and last-place finish in the OVC, the Govs reversed their fortunes finishing second in the OVC at 5-1-1 and going 8-1-1 overall.  Considered the team’s heart and soul because of his toughness, Bunio was credited with 39 tackles on the defensive side while earning All-OVC as an offensive line.

Bunio next turned to coaching, serving as an APSU graduate assistant, before staying in Clarksville and serving seven seasons as an assistant coach at Clarksville High School.

Then in 1973, Jack Bushofsky brought Bunio back to his alma mater as a defensive assistant and coordinator and stayed in that position for four seasons. When Bushofsky was not rehired for the 1977 season, new head coach Boots Donnelly knew defense was not the Govs problem and retained him as coordinator. As a result that group grew to be the OVC’s best in 1977, allowing only 12 points per outing and only 10 per contest in league play.

The next year, another one of his charges, defensive back Mike Betts, duplicated both feats—OVC Defensive Player of the Year and first-team All-America—as four more defensive Govs earned All-OVC.

In 1979, Bunio left his alma mater and followed Boots Donnelly from the Austin Peay staff to MTSU to revive the Blue Raider football program, starting a 16-year run as MTSU defensive coordinator and linebacker coach until he retired after the 1994 season.

He was a driving force in the rebuilding of the Blue Raiders’ football fortunes with his great defenses in the 1980s. Among the players he sent to the pros were Don Griffin, Marty Carter and Mike Caldwell. He also coached the OVC’s Defensive Player of the Year in 1982 (Dennis Mix), 1985 (Griffin), 1988 (Don Thomas), 1989 (Anthony Coleman) and 1990 (Carter). He also had five players who earned All-America honors.

The 6-6 Bradley came to APSU after playing his prep basketball at Todd County (KY) Central. He competed for the Govs from 1958 to 1961, but only three varsity seasons (1959-61) during an era when freshmen were ineligible to compete at the varsity level—that 1957-58 freshmen team was considered the best ever assembled under Dave Aaron.

In three seasons, Bradley was a member of a Governors team that went 58-24, including back-to-back 20-win seasons. The 1958-59 team finished 14-10 but won the VSAC Western Division. That season Bradley set the APSU single-game rebounding record with 27—it was broken by Greg Kinman (28 rebounds) in the 1970-71 season.

The 1959-60 team not only won the VSAC Western Division regular-season championship but the tourney title as well—Bradley earned All-VSAC tournament. That team, which finished 22-5, advanced to NCAA South Central Regional title game before losing to Kentucky Wesleyan. That season he averaged 12.5 points and 10.7 rebounds per game.

The next season the Governors again swept to the VSAC Western crown but lost in the conference tourney championship game. Bradley was selected All-VSAC and VSAC all-tournament.

But that didn’t prevent them from receiving a second straight NCAA Regional bid, this time played in Clarksville. In the first game, Bradley scored 16 points in the Govs’ 77-69 win against Chattanooga and then the Govs knocked off Belmont Abbey, 70-63, for the title.

It was the second straight year Austin Peay defeated Belmont Abbey in regional play—Belmont Abbey was coached by legendary Al McGuire, who later went on to lead Marquette to an NCAA title. The Govs advanced to the NCAA Elite Eight, losing to Mount Saint Mary.