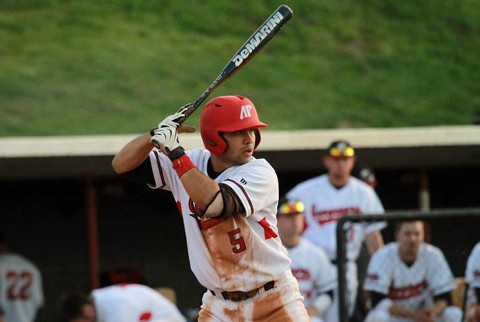 “Alex had an impressive freshman campaign,” said Govs head coach Gary McClure [2]. “Entering his sophomore season it will be all about taking the next step. We expect him to be a leader and major contributor this season, both on the mound and at the plate.”

A two-way player, he played in 55 games and made 35 infield starts (29 at third base) and 14 starts in the dual role of pitcher and his own designated hitter. Robles finished his rookie campaign by leading the Govs with a .349 batting average and 73 hits while his 39 RBI were second most on the team.

Robles  is expect to reprise his roles as a starting infielder and starting pitcher when Austin Peay’s baseball campaign begins in 56 days – Friday, February 13th against Niagara. The Govs return 21 members from last season’s squad, including six position starters and five pitchers that started three games or more.

The Govs just missed the OVC Baseball Championship with a 14-16 league record that was part of a 23-33 overall mark.