Clarksville, TN – The new year marks the midpoint of the local high school basketball season. After playing in tournaments over the holiday school break, teams buckle down to play in their districts for the second half of their season.

At this point, teams know their strengths and weaknesses. This time of year coaches preach about focus and execution, and pray their players stay healthy. The countdown to district tournaments continues and the hopes for the regular season championship dwindle with every loss. 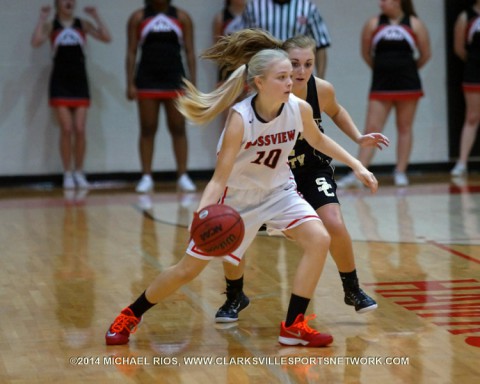 The Rossview Lady Hawks (10-4) have made a strong case to repeat as regular season and district tournament champions so far. They have already won 10 games this season and are undefeated in District 10-AAA play.

During the holidays, the Lady Hawks stayed busy by hosting their own Christmas Classic Tournaments and then traveling to play in the Landair Ladies Classic. They went 1-4 competing against three state top ten teams, before returning home Tuesday night and giving the Henry County Lady Patriots their first district loss in a close game, 36-34.

After an 0-6 start to a tough schedule, the Clarksville Lady Wildcats (9-8) are on a roll. They have won nine of their last 11 games and are currently on a six-game winning streak. Their last loss was to the Lady hawks by only two points, 37-39, on Friday, December 5th. 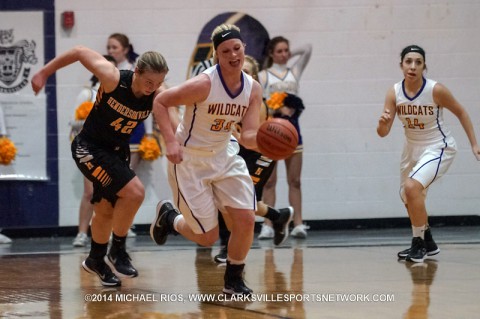 That loss was the Lady Wildcats only district loss so far. After picking up two wins in the Rebels Christmas Classic over the break, the Lady Wildcats extended their win streak to six games by defeating the West Creek Lady Coyotes, 53-40, at home Tuesday night.

The West Creek Lady Coyotes (7-6) are a talented team in need of some consistency. In the middle of the pack, their district wins have come against the bottom half of the competition. They earned three impressive wins in the Cougar Christmas Classic and were on a five-game winning streak before the New Year began. However, they started the second half of the season with a loss to the red hot Lady Wildcats Tuesday, 40-53.

The Northeast Lady Eagles (5-11) are hoping to finish the season much stronger than they started it. They won only two of their first 13 games. Their eight-game losing streak ended against Calloway County, 65-52, on the second day of the Murray Bank Lady Tiger Classic, Tuesday, December 30th. They are currently on a three-game winning streak that includes their second district win against Springfield, 43-40, Tuesday.

Like the Lady Eagles, the Kenwood Lady Knights (5-11) are looking for some positive momentum in the second half of the season. After convincingly defeating the Fort Campbell Lady Falcons, 68-31, Tuesday, December 16, the Lady Knights lost five straight in the Lady Marshals Holiday Shootout and the Above the Rim at Hickman County. However, they ended the losing streak and picked up their second district win against the Lady Vikings Tuesday, 61-45.

The Clarksville Academy Lady Cougars (1-9), Northwest Lady Vikings (1-13), Montgomery Central Lady Indians (1-12) and the Springfield Lady Yellow Jackets (1-10) have only one win this season. None of the teams has earned a district win yet.

The Yellow Jackets have lost six straight. Their most recent loss was against the Lady Eagles Tuesday, 43-40. The Lady Vikings losing streak extended to 10 games with a loss to the Lady Knights Tuesday, 45-61. The Lady Cougars lost their fifth game in a row against Houston County Tuesday, 22-66. The Lady Indians defeated the Lady Cougars, 49-43, Thursday, December 18th. Since then they have lost three straight games.