Clarksville, TN – The new year brings resolutions, colder weather and the second half of the local high school basketball season. Competition on the court intensifies as the teams primarily play district opponents.

The healthiest team who makes the fewest mistakes will be the regular season champion and have momentum for the post season tournaments.

Here is how the boys teams have performed so far. 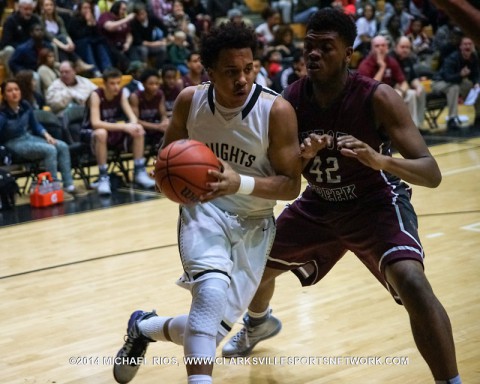 Kenwood Knights Basketball sits at the top of the District 10-AAA Standings.

The Kenwood Knights (12-4) are charging back to the top of the district. They have only lost four games with a tough non-district schedule that included top ranked Creek Wood and Ensworth. They are on a five-game winning streak that includes a 63-53 win over the Northwest Vikings Tuesday night. The Knights are currently undefeated in district play with wins over the Clarksville High Wildcats, Henry County Patriots, Springfield Yellow Jackets and the West Creek Coyotes.

The Clarksville High Wildcats (6-8) have been up and down the first half of the season. They are below .500 and have been unable to put two wins together back-to-back so far. They had a rough holiday break with three losses in the Father Ryan Willie Brown Christmas Classic, but they broke up the losing streak with a win, 69-59, over the Coyotes Tuesday Night. Despite their inconsistency, the Wildcats are currently second in the district. They are one of four teams tied two games behind the Knights.

The Northeast Eagles (6-8) got off to a fast start winning six of their first nine games. However, the tide turned in mid December and the team has lost five straight games. Their most recent loss was to the Yellow Jackets, 46-61. It was one of only two losses in district play. Like the Wildcats, they are tied at 3-2 with three other teams.

The Northwest Vikings (9-8) have matured immensely since last season. After losing their first four games, they have won nine of their last 13. Four of those games have been decided by two points. They won five of six games over the holidays at three different tournaments. However, they lost to the Knights, 53-63, Tuesday night, their second straight loss. The Vikings are one of four teams sitting two games behind the Knights in the district.

The Springfield Yellow Jackets (9-7) are the last of four teams tied at 3-2 behind the Knights in district play. The Yellow Jackets have won five of their last six games and are currently on a four game winning streak. They have scored 60 points in those four wins. Their most recent win was against the Eagles, 61-46. They have district wins over the Hawks and the Coyotes as well.

The Henry County Patriots (5-7) are hoping to rebound from their first half of the season. They have only won two games since the beginning of December and are on a two-game losing streak. The Patriots have struggled offensively, scoring 50 or less points in seven of their games. They are .500 in district play above only the winless Hawks and Coyotes.

The Rossview Hawks (8-5) are three games above .500 and have won their last three games including two wins in their Christmas Classic. However, the Hawks have failed to win in district play. The Hawks are ranked among the top defenses in the state, but have scored more than 50 points only twice so far this season.

The West Creek Coyotes (3-14) have the talent to compete with anyone, but seem to find ways to lose games. They have yet to win against any district opponent. After a five-game losing streak, they have won two of their last five games. Their most recent win was against Hume Fogg, 58-54, in the Cougar Christmas Classic. 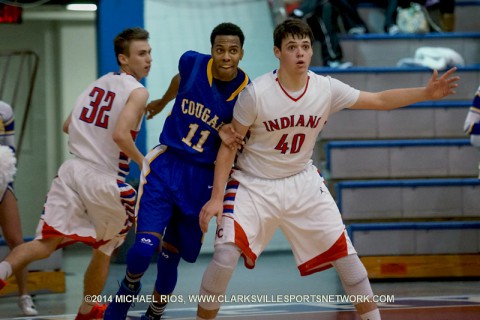 The Montgomery Central Indians (10-3) are a top contender in their district. They have lost only three games and are undefeated (6-0) in district play. After their only back-to-back losses, they started a two-game win streak with wins in the Tiger/Wildcat Classic during the holiday break. The only obstacle for the Indians are the top ranked Creek Wood Red Hawks.

The Clarksville Academy Cougars (4-9) have only one district win so far, a one-point victory against Nashville Christian. After losing two games in the Rebel Christmas Classic, they picked up just their fourth win of the season against Greenbrier, 62-41. Tuesday, they lost to Houston County, 56-67, and will need help to get out of the bottom of their district (1-4) if they continue to struggle.