A 2001 Chrysler Town & Country driven by 32-year-old Jamie L. Drenth crossed the center lane and entered the east bound lane striking a 2002 Toyota Camry. The Toyota was struck head on sending all occupants to the hospital.

The driver of the Toyota, 24-year-old Wesley Waterston is in critical condition. 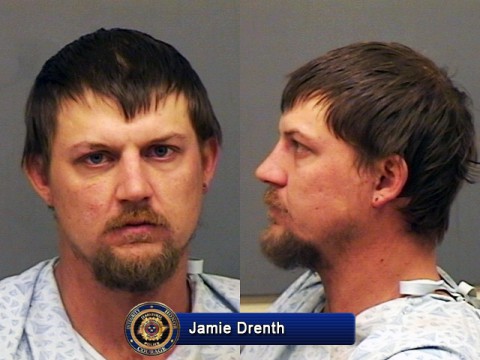 Along with Waterston were 2 juvenile females and 18-year-old Danielle Simpkins.

All the female passengers are in critical condition at Vanderbilt Medical Center. The fifth passenger, 21-year-old Joshua Phillips was treated at Gateway Medical Center Emergency Room.

Jamie Drenth and his passenger, 42-year-old Chrysler Rusty Gardner, were both treated at Gateway Medical Center with minor injuries.

Jamie Drenth was booked on 3 counts of vehicular assault, leaving the scene, driving on revoked and financial responsibility. Drenth’s bond is set at $150,000.00.