Clarksville, TN – Local high school basketball teams passed the midway point of their season at the beginning of the new year with a chance to improve in the second half. Some of the boys basketball teams have taken advantage of the opportunity and some have lost the momentum they gained in the first half of the season.

With three weeks left in the regular season, the competition in District 10-AAA is both heated and fluid. Only two games separate the top six teams, all of whom are at least .500 in district play. Currently, two teams are tied at the top of the rankings. In short, with six games left for most of the teams, the regular season championship is up for grabs. 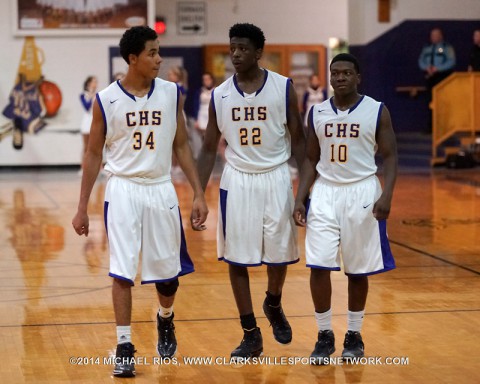 Clarksville High Boys Basketball is tied the top of District 10-AAA with Northwest.

Like their female counterparts, the Clarksville High Wildcats (9-8) are tied with the Northwest Vikings at the top of District 10-AAA with a lot of momentum. The Wildcats have won four straight games including defeating the Henry County Patriots and the Northeast Eagles last week. They have averaged 64.5 points in those four wins.

The Wildcats already have one win over the Vikings and a loss to the Kenwood Knights who trail them by only one game. They will play rematches against both teams in the next two weeks.

The Northwest Vikings (12-8) have gone from surprising some teams early this season to becoming a dangerous team that could win it all. The Vikings have only lost three games since the beginning of December and are currently on a three game win streak. Last week they took down the Rossview Hawks and the Northeast Eagles by three or less points in each game. They have won by that small margin six times this season. 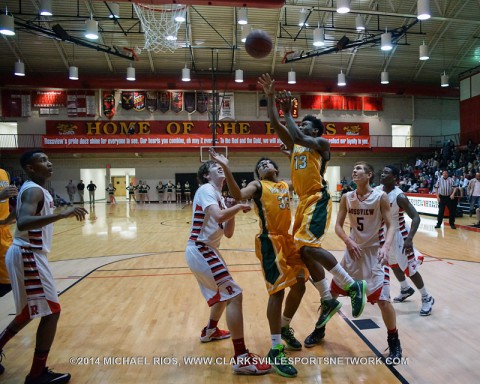 The once mighty, reigning champion Kenwood Knights (12-7) appeared to have hit a wall lately. They came into the new year with a five game winning streak and undefeated in district play.

However, last week they lost two district games to the Patriots and the Eagles, adding to their first district loss to the Hawks the week before and putting them in a three-game slide. The losses have dropped them from the top of the district, but they are still in the race, trailing by only one game.

While the Wildcats, Vikings and Knights linger at the top of the district, the Eagles, Patriots and Yellow Jackets are hot on their heels, all tied at .500 (4-4), ready to make a push to the top.

The Yellow Jackets (11-9) broke a two game district play losing streak Friday with a 72-42 win over the West Creek Coyotes. They made it a two game winning streak with a win over White House on Saturday.

The Patriots (7-10) split district games last week. They lost to the surging Wildcats, 39-58, Tuesday. Then, rebounded with a buzzer beating win over the Knights Friday. The Patriots have only won one of their last four games.

The Eagles (7-10) have won just one of their last eight games. The win was over the recently struggling Knights, 64-49, Tuesday. They followed it up with a, 49-53, loss to the Wildcats Friday.

The Coyotes (4-17) earned their first district win against the Eagles Friday, January 9th. Since then they have lost three straight including two district losses last week against the Hawks and the Yellow Jackets.

The Montgomery Central Indians (11-6) played three district games last week. They opened with a 48-43 win over East Hickman Tuesday. Then, lost two straight to top ranked Creek Wood and Hickman County. The Indians have won 2-of-5 since the new year began and are currently ranked third behind Creek Wood and Waverly Central in District 11-AA.

The Clarksville Academy Cougars (5-12) also played three games last week. They picked up their second district win against LEAD Academy Wednesday, but lost the other two. The Cougars have won two of their last eight games.