Clarksville, TN – The countdown to the end of the high school basketball regular season continues. Less than 20 days remain until a regular season champion is crowned and the district tournament begins. The race has only gotten tighter since the second half of the season began.

Only two games separate the four top ranked District 10-AAA girls basketball teams with six or seven games left in the regular season. As of Sunday, January 18th, two teams are tied at the top of the district and they will face each other in a pivotal game Tuesday, January 20th. 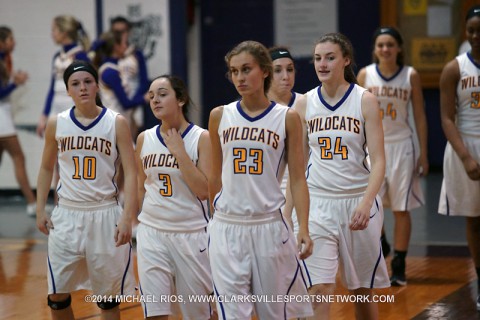 Clarksville High Girls Basketball is on a 10 game winning streak.

The Clarksville High Lady Wildcats (13-8) extended their current win streak to 10 games last week. They defeated both the Henry County Lady Patriots and the Northeast Lady Eagles. The Lady Wildcats have clawed their way to a tie with the Rossview Lady Hawks at the top of the district. It was the Lady Hawks who dealt them their last loss by just two points, 37-39, back on December 9th. That game was at Rossview. This Tuesday they get a rematch at home.

The road to the regular season title still has to go through the Rossview Lady Hawks (12-5). They have won three of their last four games including splitting games last week. After losing a close game to the West Creek Lady Coyote’s on Tuesday, 34-38, they rebounded with a win against the Northwest Lady Vikings Friday night. With one win over the red hot Lady Wildcats already, another win against them this Tuesday will go a long way to solidify their chance to repeat as regular season district champs this year. 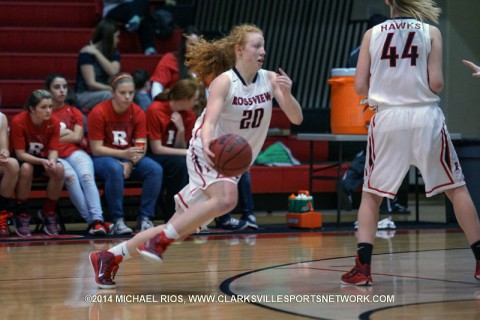 The Henry County Lady Patriots (14-8) also split their district games last week. After losing to the Lady Wildcats, 32-45, they crushed the Kenwood Lady Knights 66-32. The Lady Patriots picked up another win Saturday against Calloway County to extend their win streak to two games. They are only one game behind both the Lady Hawks and the Lady Wildcats at the top of the district. They have loss to both teams once already, but will face them both again.

The West Creek Lady Coyotes (9-8) won two district games last week and are making a push from only two games behind the Lady Hawks and Lady Wildcats. One of their wins was against the Lady Hawks on Tuesday. This Thursday they will play the Lady Patriots who defeated them previously, 35-39, and are just one game ahead.

The Northeast Lady Eagles (8-13) had a six game winning streak after defeating the Kenwood Lady Knights Tuesday, 63-50. However, the winning streak came to an end Friday when they lost to the Lady Wildcats, 45-55. The Lady Eagles struggles continued Saturday when they lost to Logan County, 44-59. They are currently ranked fifth in the district, one game behind the Lady Coyotes.

The Kenwood Lady Knights (5-14) continued to get beat up by teams at the top of the district last week. They lost to the Lady Eagles and the Lady Patriots, extending their current losing streak to three games.

The Montgomery Central Lady Indians (1-16, 0-10) are also at the bottom of their district without any wins. They extended their losing streak to seven games with losses to Creek Wood and Hickman County last week.

The Clarksville Academy Lady Cougars (1-12, 1-6) still have only one win this season. They defeated Jo Byrns in December. Last week they lost the rematch to Jo Byrns, 33-53. They also were defeated by Greenbrier, 24-55, Saturday.