Clarksville, TN – On the second day of the Middle School Girls Area 1-AAA Basketball Tournament at Kenwood High School Tuesday afternoon, the Dickson Lady Dragons and the Rossview Lady Hawks picked up their second wins and will go on to play each other in the finals Thursday, January 29th. 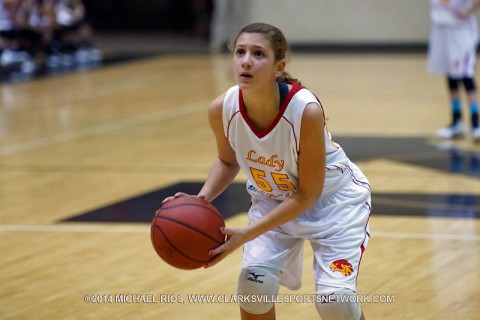 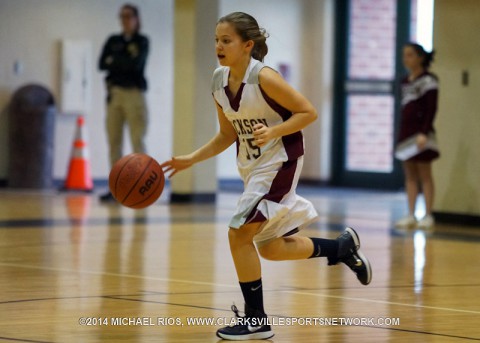 The Lady Knights committed 17 first half turnovers and shot just 6-of-15 from the field. After being down only 9-12 after the first quarter, they were buried 27 -16 by halftime.

With their second win, the Lady Dragons advanced to the finals averaging 53 points and defeating their opponents by an average of 28 points per game in the tournament. 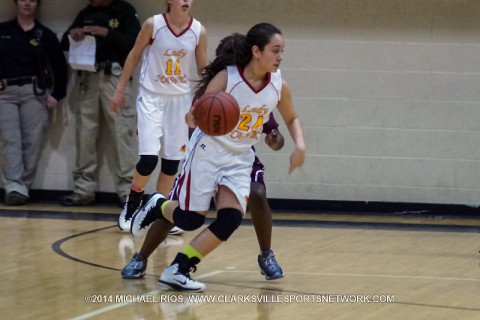 The Lady Knights started slow shooting just 2-of-10 from the field in the first quarter. Their shooting woes continued in the second. They shot 3-of-7 from the field and went 0 for 7 at the free throw line.

Conversely, the Lady Hawks hit the court running. They opened the game shooting 6-of-10 from the field and finished the half shooting 50 percent (13-of-26). By halftime they were ahead 27-16.

The Lady Hawks never took their foot off the gas. They opened the second half with an 11-2 run. They were ahead 44-21 after three quarters and led by as much as 26 points in the fourth. The Lady Hawks finished the game shooting 50 percent from the field overall (22-of-44).

The Lady Hawks averaged 51 points and defeated their opponents by an average of 35 points in their two tournament wins. They will play the Lady Dragons for the Middle School Area 1-AAA Girls Basketball Tournament Championship at 6:00pm Thursday.