Clarksville, TN – Austin Peay State University men’s tennis team returns to the road when it takes on 43rd-ranked Louisville in a 5:00pm, Saturday match at the Bass-Rudd Tennis Center. 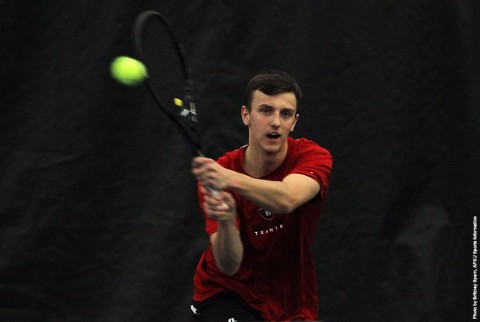 The Govs enter the weekend with a 3-1 record, having defeated Southern Illinois 5-2 and dropping a 4-3 decision to Lipscomb last weekend.

Louisville (4-2) enters the weekend with wins in its last two matches. The Cardinals are led by senior Sebastian Stiefelmeyer who is ranked No. 3 in the nation by the ITA in singles and his classmate 93rd-ranked Albert Wagner.

After playing the Cardinals, the Govs will return home to take on Southern Indiana in a 5:00pm, Friday February 20th, contest at the Austin Peay Indoor Tennis Center.