Nashville, TN – Today, Tennessee Department of Transportation crews will continue to clear the interstates, with focus on the shoulders and ramps. TDOT continues to be challenged by frigid temperatures, especially on elevated roadways and in areas that do not receive sunlight. 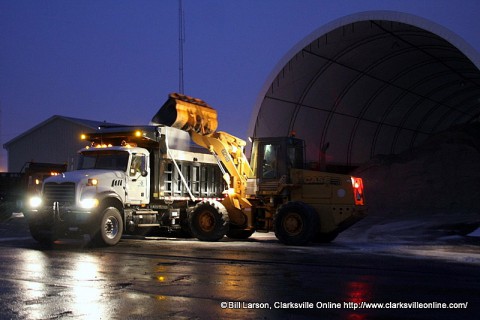 With the workload somewhat lighter on the main arteries, crews will be able to tackle the state routes, including more rural routes throughout the region.

Since this weather event began, the goal has been to clear the roadways as much as possible during the day, before colder temperatures set in at night.

The reprieve from precipitation and the abundance of sunshine has allowed us to make great progress in clearing the roads, even with sub-freezing temperatures. These continued efforts are crucial as we prepare for more snow on Friday.

Just a reminder, TDOT is responsible for state-owned roads only. This includes interstates and state routes. All other local roads are managed and maintained by local governments, public works and highway departments.