Posted By Clarksville Online News Staff On Thursday, February 26, 2015 @ 8:00 am In Education | No Comments

Clarksville, TN – Austin Peay State University has hired Dr. Rex Gandy as its new Provost and Vice President for Academic Affairs. Gandy, who is slated to begin work at APSU on June 1st, currently serves in the same position at Texas A&M University-Kingsville, a position he has held since 2009.

Gandy follows former Provost Tristan Denley, who serves as Vice Chancellor of the Tennessee Board of Regents, and Dr. Jaime Taylor, who has served as Interim Provost and Vice President of Academic Affairs since 2013. 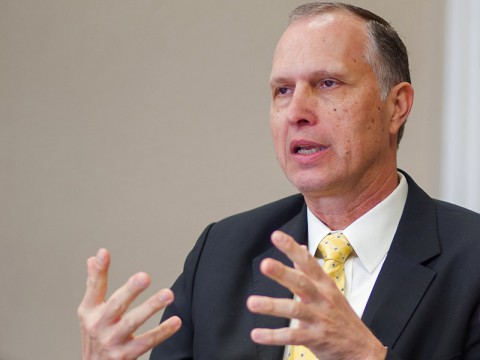 APSU President Dr. Alisa White said Gandy’s selection came after much consideration was given to his exceptional professional and academic background.

“(Gandy) has extensive experience as a provost, dean and chair, and his record as an outstanding scholar and professor and an innovative administrator makes him a good fit for Austin Peay.”

In 2008, while serving as Dean of the College of Science and Technology at the University of Southern Mississippi, the Mississippi State Association of Office Professionals named Gandy Administrator of the Year. In 2009, the National Association of Office Professionals named him Administrator of the Year for the entire United States.

“I look forward to working with the faculty, staff and students in advancing the academic agenda.”