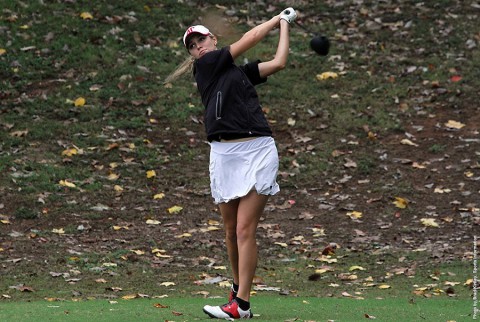 In addition to APSU and host North Florida, the event will feature two nationally-known programs in Texas and Houston as well as a trio of three other Ohio Valley Conference programs in Eastern Kentucky, Belmont and Tennessee Tech.

As a result of recent snow and ice covering the local golf courses, the Lady Govs only have had limited opportunities to gain outdoor practice and playing time in recent weeks. As a result, they left Wednesday prior to the winter storms to gain actual extra “course” work in route to their Florida destination.

“We are looking forward to getting the spring season started,” APSU coach Sara Robson [1] said. “The weather has been an issue, we were happy to go south, get a little practice in before the event, and do our best to kick off the season on a good note.

“The girls worked hard over the winter; lately it has been all about staying mentally tough and not letting the weather get to us.  We have taken every opportunity to be outside and they have had quality practices.”

Like the men before their recent tournament, the Lady Govs and Robson called on former Govs coach Kirk Kayden, now the Mercer coach who helped APSU find practice time in the Macon area Friday and Saturday before arriving in Jacksonville, Sunday.

The Lady Govs will be without sophomore Amber Bosworth [8], who is out indefinitely with a tibia stress fracture.

This will be the first of five spring tournaments, including the OVC championship to be held April 20th-22nd at Hampton Cove on the Robert Trent Jones Trail in Huntsville, Alabama.