Baltimore, MD – A pro-vegetarian diet – one that has a higher proportion of plant-based foods compared to animal-based foods is linked to lower risks of dying from heart disease and stroke, according to new research presented at the American Heart Association EPI/Lifestyle 2015 meeting.

In an observational study, researchers analyzed the eating and lifestyle habits of 451,256 Europeans. People who ate the most pro-vegetarian style diets (?70 percent of food coming from plant sources) had a 20 percent lower risk of dying from cardiovascular disease, compared to those who were the least pro-vegetarian (<45 percent).

“A pro-vegetarian diet doesn’t make absolute recommendations about specific nutrients. It focuses on increasing the proportion of plant based foods relative to animal-based foods, which results in an improved nutritionally balance diet,” said Camille Lassale, Ph.D., lead author and an epidemiologist at Imperial College London’s School of Public Health.

Participants were part of the European Prospective Investigation into Cancer and Nutrition (EPIC) study, started in 1992.

The study included nearly half a million people from 10 countries who were free of chronic diseases at the start of the study, 35 to 70 years and followed for 12 years on average. 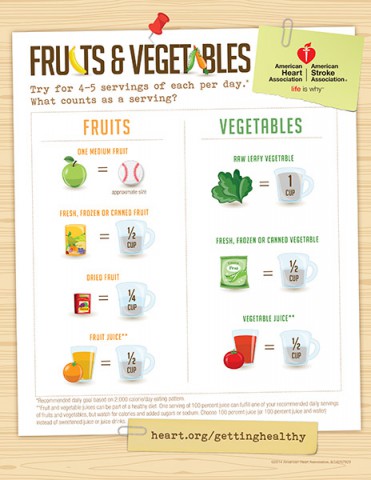 Information was collected on their height, weight, food consumption by self-reported food frequency questionnaires, lifestyle and physical activity habits. Causes, and dates of death were obtained from record linkages with boards of health, and active follow-up of participants.

Researchers scored participants based on the types of foods they ate. Points were given for eating foods from seven plant food groups: vegetables, fruit, beans, cereals, potatoes, nuts, and olive oil.

Based on their scores, participants were categorized from the least pro-vegetarian to the most. The results were adjusted for age at the start of the study, gender, daily calories, body mass index, smoking status, physical activity, education, alcohol intake and study center.

Researchers analyzed the relationship between eating habits and death risks from heart disease and stroke.

“Instead of drastic avoidance of animal-based foods, substituting some of the meat in your diet with plant-based sources may be a very simple, useful way to lower cardiovascular mortality,” said Lassale. These findings are in line with the wealth of evidence on benefits of eating plant foods to prevent CVD.

The American Heart Association recommends following a heart-healthy diet, which could also be described as a pro-vegetarian diet. It is high in fruits, vegetables, whole grains, legumes, beans, and nuts, low-fat dairy, beans, skinless poultry, and fish. It encourages eating foods low in saturated and trans fats and sodium, and limiting added sugars and red meats.

No outside funding was received for this study.