Clarksville, TN – After a short homestand, Austin Peay State University women’s tennis team will kick off a three match Ohio Valley Conference road trip when it takes on Murray State in a 10:30am, Tuesday match at Purcell Courts. 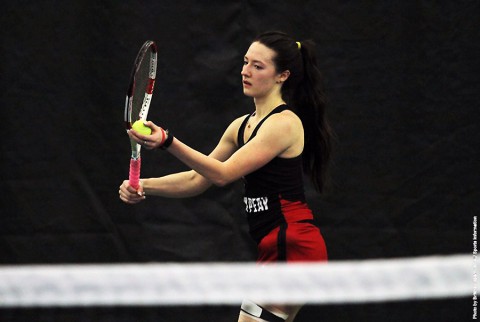 The Lady Govs enter the match with a 2-10 record (0-2 in the OVC), and suffered OVC losses to UT Martin and Southeast Missouri last weekend.

Against the Redhawks, the Lady Govs were able to sweep the doubles match but fell one point short of obtaining their first OVC win of the year.

Murray State is off to a 7-2 start to the season, and claimed a 7-0 victory over Southeast Missouri on Sunday. The Racers are led by senior Andrea Eskauriatza and sophomore Eleonore Tchakarova. Eskauriatza has earned an impressive 6-2 record this spring while Tchakarova has picked up a 7-2 record in 2015.

After playing the Racers, the Lady Govs will head north to continue their OVC when they take on Eastern Illinois in an 11:00am, Friday match at Darling Courts.