Deputy David Phillips yesterday saw the defendant’s vehicle traveling 92 miles per hour in a 65 miles per hour zone. Phillips attempted to stop the vehicle, which continued speeding and weaving in and out of traffic on Dover Road. 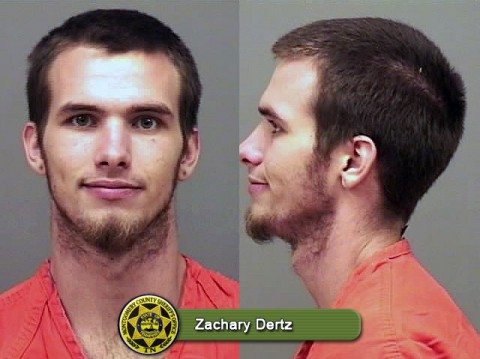 As the suspect attempted to turn left on Liberty Church Road, his vehicle nearly struck several other vehicles, jumped the curb and stopped.

Dertz then fled on foot and deputies were unable to locate him.

Friday, Sgt. Kenny Austion was looking for another fugitive at a bus station when Dertz walked in, looked directly at Austion then quickly turned and walked out and began to flee.