HomeEvents50 Magnificent Men Book Release and Signing to be held at Clarksville's...
Events 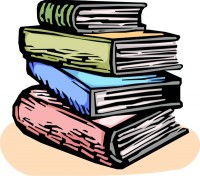 Clarksville, TN – The 50 Magnificent Men Book Release and Signing Event is one moment in time to be held in Clarksville, TN, Sunday, May 31st from 1:00pm-4:00pm at the Wilma Rudolph Event Center, Clarksville,TN. 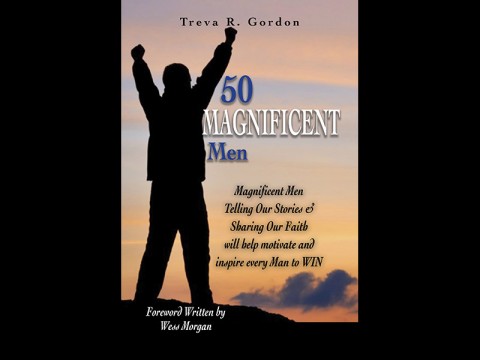 The book signing will kick off with a Red Carpet event from 1:00pm-2:00pm with the live music of Clarksville ’s own Groove Therapy. The event is hosted by Comedian DJ Pryor, host of the DJ Pryor Radio Show on WJZM 1400AM, and Dr. Toi Dennis, CEO of Serenity House Women’s Shelter.

The VIP Red Carpet Reception begins from 1:00pm-2:00pm and will be covered by Entertainment Nashville and Host Adrian Longoria, The Treva and Kevin TV show on WUXP MY TV 30, The DJ Pryor Radio Show on WJZM 1400AM, The Tennessee Tribune of Nashville, TN, CJ’s Photography and Talent, and more. The book features authors from all across the 50 United States.

The VIP reception includes appetizers, Meet N Greet and is $7.50 per person. VIP Tickets are available at Queen City College at 1594 Fort Campbell Boulevard, Clarksville , TN , or online at www.TrevaGordon.com . The cost of 50 Magnificent Men is $19.99 per soft and $29.99 per hard bound. We are now accepting pre-orders in advance. To order the book Magnificent Men contact www.liberatedpublishing.com orwww.TrevaGordon.com for book purchase or event information.

Treva R. Gordon, is a veteran of the U.S. Army, and is a graduate of Austin Peay State University. She serves in the community, and is the Publisher of Convenient Shopper Magazine for more than a decade, the Founder of Leading Ladies, Executive Producer and Host of the Treva and Kevin TV Show on WUXP MY TV30, Host of the Treva Radio Show on WJZM 1400AM, and the Founder of Team Purpose a Women’s Prison Ministry serving at the Tennessee Prison For Women.

The book Magnificent Men took 14 months to complete and will inspire all to win. The foreword is written by Wess Morgan and the introduction by Robert E. Gordon.

The following 50+Authors are inside the book:

Richard Garretthttp://leaporg.net/
City Councilman Richard "Reason" Garrett has gained extensive business knowledge and negotiating skills as the Executive Director of the LEAP Organization.  LEAP Org provides youth development services.  As a licensed realtor for Keller Williams Realty, he is known for his tenacity, perseverance, honesty, and fairness.  A proud APSU alum, Richard graduated with Honors with a Bachelors in Public Management.
Richard is a former active duty Marine, father of 4, and a husband with strong ties to the community. He is a graduate of Leadership Clarksville and a member of Clarksville Rotary, Clarksville Area Ministerial Association, Chamber of Commerce, Clarksville Association of Realtors Public Relations & Charity Relations Committees, and Clarksville Community Partners Group.
For more information on Richard visit www.reason4clarksville.com. He can be contacted directly at 931-378-0500 or via email
RELATED ARTICLES
Events