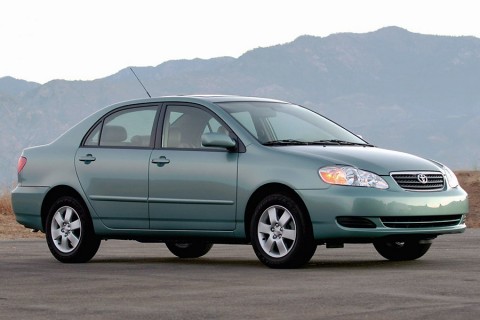 2007 Toyota Corolla is one of the models being recalled.

This is to address a safety defect in the passenger side frontal air bag inflator which may produce excessive internal pressure causing the inflator to rupture upon deployment of the air bag.

In the event of a crash necessitating deployment of the passenger’s frontal air bag, the inflator could rupture with metal fragments striking the vehicle occupants potentially resulting in serious injury or death.

Toyota will notify their owners. Pontiac Vibe owners will be notified by GM. Dealers will replace the front passenger air bag. The manufacturer has not yet provided a notification schedule. Toyota owners may contact Toyota customer service at 1.800.331.4331. Pontiac owners may call 1.800.762.2737.

Note: This recall is an expansion of recall 15V-285 and supersedes recall 14V-312 in its entirety.