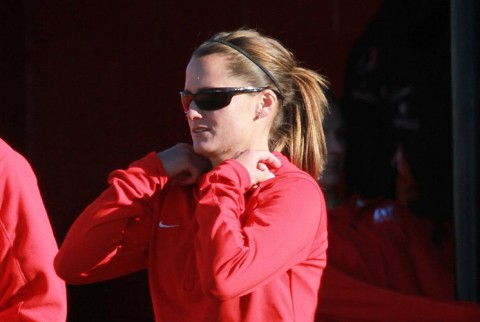 “I didn’t know if anything could take me away from coaching,” Paris said, “but something presented itself that I just couldn’t say ‘no’ to.

“I certainly wasn’t planning on leaving Austin Peay. You put in all the work and the commitments you make—it was a very, very difficult decision. When I talked to the players I told them sometimes you get to a point in your life and professional career where you have to make some difficult decisions. It was something I thought long and hard about—something where I sought advice. This was just something I could not pass up.”

A Brentwood Tennessee native who played her collegiate softball first Jackson State and then at UT Martin, Paris came to APSU in Summer 2012 after spending five seasons as assistant coach at Colorado State University-Pueblo.

With four incoming recruits to go with a team that returns almost its entire starting lineup, except second-team All-Ohio Valley Conference second baseman Laurel Burroughs, Paris and the Lady Govs are hopeful of dramatic improvement in 2015-16.

“I am going to really miss the coaches and staff at Austin Peay,” Paris said. “It was very hard for me to tell Cheryl (Holt). She took a chance on me by giving me the opportunity three years ago and really believed in what we were trying to do.

“It is never easy when you have to walk about from your colleagues and, of course, your players. But I am really excited about this new opportunity.”

Holt, who was out of town, Monday, will meet with human resources, Tuesday, to discuss best way to proceed in finding Paris’ replacement.

“We appreciate Stephanie’s hard work to help improve our program and promote Lady Govs softball,” Holt said. “We wish her the best believe in her new endeavor. We believe the program is now closer to where we want it to be than it was three years ago and a lot of that has to do with the efforts Stephanie made.”