“The Tonganoxie Split Mystery” by Jim R. Moore Is a Must Read

Clarksville, TN –  A college professor named Dr. Benjamin Storm is 52 and  just got fired as head of the prestigious Sterling Weather Research Center by the Dean who believes research is a waste of time and money. Dr. Storm’s wife of 23 years has just left him for another woman. He’s depressed, can’t eat, and can’t sleep.

A brilliant scientist, Ben Storm is hanging on to his teaching job by a thread because of students like Henry Crow who does minimal work in Ben’s weather class but expects to get excellent grades and pass the class because his father is on the board of the university.Dr. Storm tells Henry that he’d better shape up, get his homework in, learn the material and pass the final exam with at least a “B”—or expect to fail. Henry’s excuse that he’s “just not that smart” provokes Dr. Storm’s insistence that Henry find out that he does have a brain and use it.

About this time Ben Storm gets a phone call from Sam Marvel, a meteorologist from Kansas City. Sam appeals to Ben to help him solve a problem with StormDog, a new weather tracking system that seems to be using a mind of its own rather than reporting the weather as it actually is occurring.

Eventually Ben learns that a town called Tonganoxie is part of a Native American myth involving Chief Tonganoxie, a Delaware or Lenape. The chief prophesied that there would be no more storms around Tonganoxie (the town named for him) in spite of its being in “tornado alley” and for 150 years none had occurred. 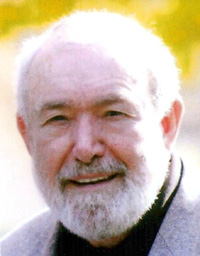 Sam tells Ben that the new StormDog, that appeared to work perfectly at first, now shows a “Tonganoxie Split” each time a tornado comes into the area. Part of the storm goes to one side of the town and part goes another so that Tonganoxie is never hit by the storm. The ramifications of this phenomenon can have major impact on selling the StormDog. Sam begs Ben to come out to Kansas to see if he can discover what is going on.

This first mystery by Jim R. Moore, a former radio and television executive with a Ph.D. From Southern Illinois University, weaves a fascinating story that features romance, interesting characters, and is based on an actual myth from Indian legends. Dr. Moore is one of the attendees at the Clarksville Writers’ Conference each year; he is personable, pleasant and has a real future as a mystery writer.

The Tonganoxie Split Mystery: Echoes from a Ghostly Past is available in hardback for $24.94 and in paperback for $12.95 from www.amazon.com [2], and www.barnesandnoble.com [3], or get a ten percent discount at www.outskirtspress.com [4] on the Internet.

Dr. Moore plans to attend this year’s writers’ conference at APSU on June 7 and 8; he will be available at the conference dinner at Clarksville Country Club on the night of June 7th to autograph his books. The “Meet the Authors” book-signing is from 6:00pm to 6:45pm with the dinner to follow. (Reservations can be made at http://www.artsandheritage.us/writers.) [5]

If you are a fan of the Robert B. Parker novels with concise writing and maximum enjoyment of the plot, you will love The Tonganoxie Split Mystery: Echoes from a Ghostly Past and should read this well-written mystery. The creative twist in the plot will keep you guessing until the last page.

Here’s your chance to be one of the first to discover this mystery writer whose name may become a household word in years to come.