The New Officers and their families, along with Chief Al Ansley, members of Clarksville’s City Council, members of the Clarksville Police Academy Alumni (CPAA), and other City Officials gathered at the Mayor’s Office while they were sworn in by Clarksville Mayor Kim McMillan.

It is our pleasure to introduce these Officers to our community. 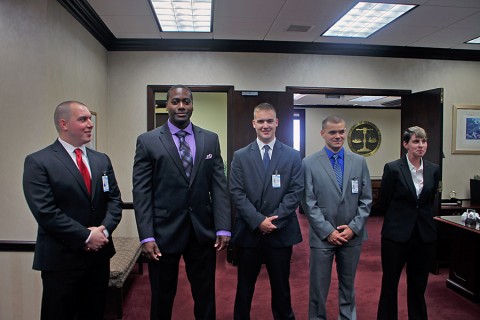