Nashville, TN – Brad Mills was one out away from going the distance, turning in a solid start but taking a loss in the 3-1 defeat to the New Orleans Zephyrs on Saturday evening at First Tennessee Park.

Mills got the ball in the second game of the series and cruised his way through the first three innings. He sat the first 11 batters down in order, remaining perfect until a two-out walk in the fourth. The lefty kept the ball low in his 19th start of the season, mixing in his changeup to help him tie a season high with six strikeouts. 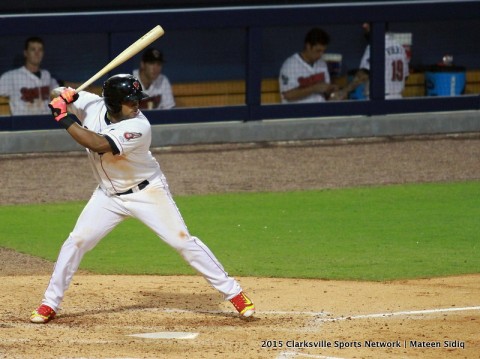 The Zephyrs posted two of their runs in the fifth off the Sounds starter.

Austin Nola worked a one-out walk, one of three free passes that Mills conceded, and would score on the team’s first hit of the night.

The knock came off the bat of Isaac Galloway, who smoked a healthy triple into the gap in right-centerfield. An errant throw from Craig Gentry short-hopped the cutoff man and Galloway ended up scoring to put the visitors in front 2-0.

The two-run fifth never seemed to bother Mills, who delivered a career-high 8 2/3 innings. He induced his team-leading 18th groundball double play in the sixth and notched his 10th quality start of the season. Marcell Ozuna spoiled Mills’ hopes of a nine-inning start by ripping a 3-0 pitch just over the left field wall to force his exit. The 8 2/3 innings marked the longest start by a Nashville pitcher this season.

Jason Pridie and the Sounds finally broke the seal in the seventh inning and cut the deficit in half. Pridie led off the inning with a single that dropped when Marcell Ozuna took a step back and slipped on his way to make a play on the shallow fly ball to centerfield. After swiping his second bag of the night, the All-Star eventually plated on a RBI groundout from Nate Freiman.

Nashville outhit New Orleans, 6-3, but was 0-for-6 with runners in scoring position and dropped their fourth straight game. Pridie led the offense with a pair of singles.

Game three of the four-game set commences on Sunday night at First Tennessee Park. The Sounds will have Nathan Long (2-2, 4.32) make the start and the Zephyrs are expected to throw Robert Morey (1-2, 2.83) in the 6:35pm game.