Patrol officers investigated a domestic violence complaint on Walnut Street on July 26th. Brown had allegedly become angry with his girlfriend because she had ‘liked’ a picture on the social networking site, Instagram. 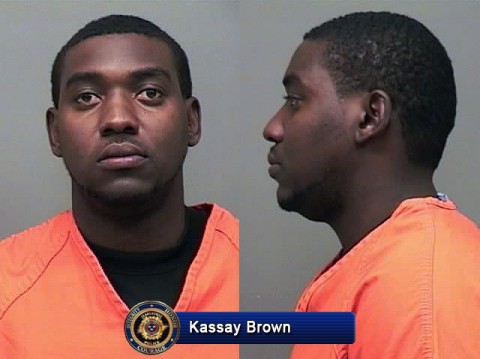 Brown is alleged to have repeatedly bitten, punched and kicked the 20 year old woman, as well as throwing a beer bottle at her and throwing her to the ground.

The victim was observed by officers to have numerous cuts, bruises and abrasions.

Brown is described as a 24 year old black male who is 6 feet tall and weighs 195 lbs. He may be driving a tan Ford Taurus. Police have also received information that Brown may be suicidal.

Anyone with information about Kassay Brown is asked to contact the Clarksville Police Department or call 911.