A Tennessee native, Singleton earned an associate degree from Jackson State Community College. He went on to receive his Bachelor of Science in Education and his Master of Science in Student Personnel Services in Counseling from the University of Memphis. 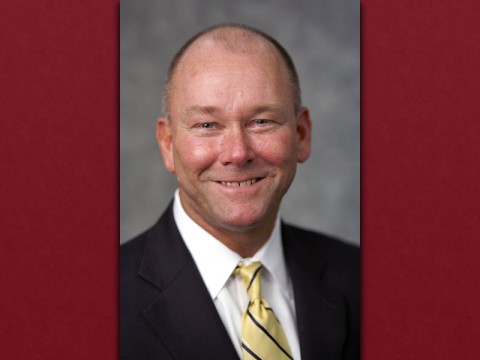 He then traveled south to Florida International University (FIU), where he earned a Master of Science in Educational Leadership.

He has also completed his Ed.D. course work at FIU in Educational Leadership and Policy Studies. Additionally, he was selected and attended Harvard University as a participant in that school’s Mid-Management Institute.

He is a member of several leadership and honor societies, and he has served on the Board of Directors for the Association of Fraternity/Sorority Advisors as the national president, vice president of membership, national conference chair and as both president and secretary of the association’s foundation.

He is the recipient of numerous awards, including the Kappa Alpha Order Knight Commander’s Accolade, the highest honor bestowed upon an alumnus of the national fraternity. In 2014, he was recognized by the North American Interfraternity Conference as the recipient of the NIC’s Award of Distinction for his volunteer work with Kappa Alpha Order and by Omicron Delta Kappa National Leadership Honorary as the recipient of the Morlan-Bishop Faculty Officer of the Year for his volunteer work with Omicron Delta Kappa.

APSU offers a free live webcast of each commencement ceremony. A link to the webcast will be made available within 24 hours of each ceremony. The ceremonies also will be broadcast live on Magic 91.9 WAPX-FM, a broadcast service of the APSU Department of Communication.