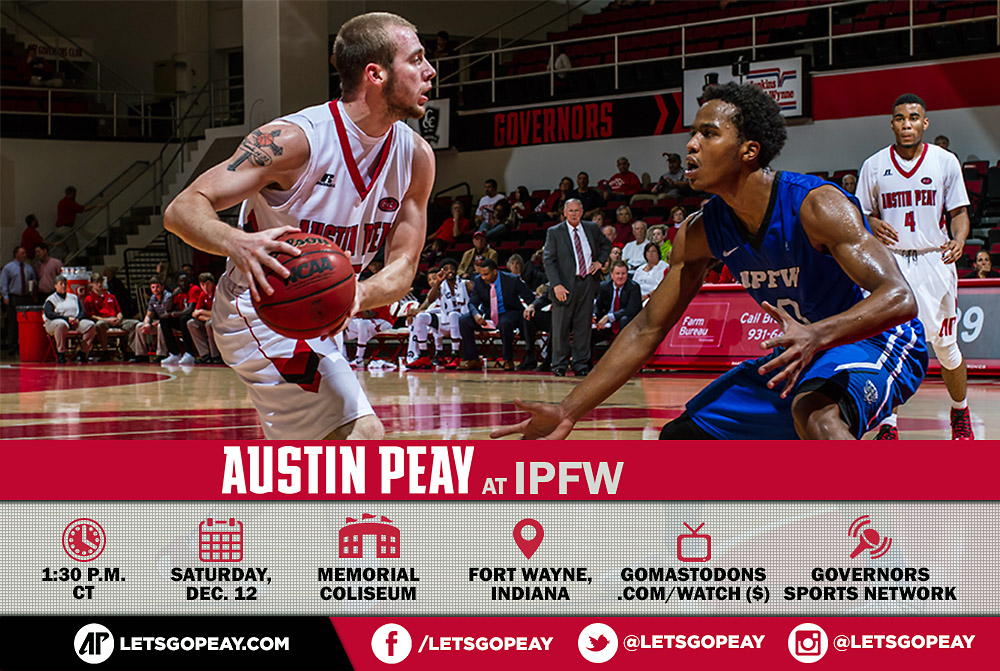 Fort Wayne, IN – The last time Austin Peay and IPFW met, it was a battle of two teams attempting to build some momentum.

IPFW came to Clarksville, having won its first game against Manchester. The Govs opened their home season after losing road games against major powers Vanderbilt and Indiana. However, it was IPFW who came away moving forward. The 80-77 road win for the Mastodons was the second in a six-game victory streak. 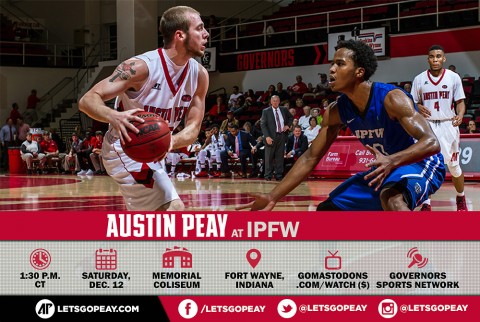 It took two more games for the Govs to finally gain that first win, a 91-76 road decision at Northern Colorado.

In fact, the Governors won three straight and four of their last five as they enters Saturday’s 1:30pm (CT) rematch with IPFW at Memorial Coliseum with a 4-5 record.

IPFW is 7-4 after losing to Indiana, 90-65, Wednesday. It was their second straight loss to high major programs—it lost at Utah last Saturday. That came after winning on the road at Cal Poly—the same Cal Poly that beat the Govs in Greeley, Colorado.

After a hiccup at Texas A&M-Corpus Christi, the Governors may have played their season’s best game in an 80-71 road victory at Troy, last Saturday. Chris Horton led the Govs with 21 points and 13 rebounds.

But he was one of the four Govs in double figures—Josh Robinson had 17, including two crucial late buckets; Khalil Davis had 16, including a career-best four three pointers and point guard Terrell Thompson added 13, including an 8-of-9 free-throw shooting performance.

This is will be APSU’s first game since finals concluded Thursday.

Inside the IPFW Series