Wednesday’s game will feature an online-only broadcast through SEC Network +. Fans can access SEC Network + through WatchESPN.com or the WatchESPN app.

The Vols (4-4) return to Thompson-Boling Arena in the midst of a three-game skid following Saturday’s loss at #18 Butler. Tennessee led for the majority of the first half before going into the halftime locker room trailing by five.

The Butler lead would grow to as many as 11 midway through the second half, but UT whittled it to four with just under five minutes to play.

That was as close as the Vols would come, however, as Butler pulled out the 94-86 victory.

Kevin Punter Jr. led Tennessee with a game-high 27 points — his fifth consecutive game with 20 or more points. Armani Moore chipped in 17 points and freshman Admiral Schofield — who got the starting nod in place of the injured Robert Hubbs III — added a career-best 16 to go along with a team-leading seven rebounds.

Punter begins the week as the SEC’s second leading scorer at 22.9 points per game and becomes the first Volunteer to score 20-plus in five consecutive games since Jordan McRae had an identical five-game streak in 2012-13.

Florida Atlantic is 2-6 to start the year and is led by sophomore center C.J. Turman’s 11.5 points per game. Redshirt junior guard Adonis Filer — a Clemson transfer — is also averaging double figures at at 10.5 ppg scoring cliip.

Wednesday is the first-ever meeting between the Vols and Owls. 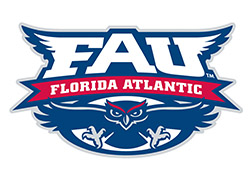 Florida Atlantic is off to a 2-6 start in its second season under head coach Michael Curry, who led the Owls to a 9-20 mark last year. Florida Atlantic is located in Boca Raton, Florida, and has an enrollment of 30,000. The Owls were picked by the Conference USA coaches to finish 12th in the 14-team league.

FAU assistant coach Eric Snow is a graduate of Michigan State and played 13 seasons in the NBA.

Good to be Home in December

Included in those 16 victories are wins over ranked Wichita State and Butler teams, as well as triumphs over Xavier, Virginia and Kansas State.

Tennessee’s bench has been outscored 149-110 this season–or 18.6 to 13.8 points per game. During UT’s current three-game losing streak, the Vols’ bench has especially struggled to contribute offensively, as UT’s reserves have been outscored 21.7 to 12.0 ppg.

In Tennessee’s loss at 18th-ranked Butler December 12th, the Tennessee bench was outscored 35-8, with Vols freshman Shembari Phillips scoring all eight of UT’s points off the bench.

Senior Tennessee point guard Kevin Punter Jr. has scored 20 more points in each of UT’s last five games, averaging 24.8 ppg over that span. Punter’s 20+ streak is the longest by a Vol since Jordan McRae dropped 20+ in five straight games in February-March of 2012-13.

Admiral Schofield became the first freshman to start a game this season when he earned a spot in the starting five at 18th-ranked Butler December 12th. Schofield averaged 1.5 points and just 6.3 minutes over UT’s first six games. But over UT’s last two outings, he is averaging 26.0 minutes and providing 14.0 points per game.

He is shooting 64 percent from the field (including 3-for-5 from 3-point range) in the last two games, and he is also a perfect 7-for-7 at the free-throw line during that span.

Every Vol who has played in a game this season–with the exception of 6-1 guard Detrick Mostella–has blocked at least one shot.

Vols Must Rebound on the Road

Junior wing Robert Hubbs III underwent an arthroscopic procedure on his right knee December 1st to address chronic swelling issues that had been present since the preseason. He traveled to–but did not play in–the Vols’ game at 18th-ranked Butler December 12th.