NASA Space Technology put to work in applications on Earth

Posted By Clarksville Online News Staff On Saturday, December 19, 2015 @ 2:00 am In Technology | No Comments

Pasadena, CA – NASA technology is all around us, turning trash into oil, saving women from a deadly complication of childbirth, and putting the bubbles in beer.

These technologies and more, including seven connected with NASA’s Jet Propulsion Laboratory, Pasadena, California, are featured in the 2016 edition of NASA’s annual Spinoff publication, highlighting the many places NASA shows up in daily life and the aeronautics and space programs where the innovations got their start. 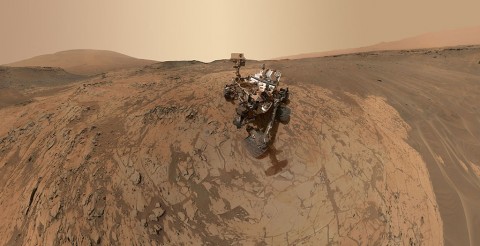 Technology developed for Mars rovers at NASA¹s Jet Propulsion Laboratory has led to a variety of spinoff applications on Earth. (NASA/JPL-Caltech/MSSS)

“Today there are many new technologies being developed at NASA, and we are hard at work accelerating the rate at which they end up in the hands of companies and organizations that can put them to use in spinoff applications.”

Other highlights include how NASA research on bone strength in microgravity validated a new treatment for osteoporosis, and software that uses satellite data to help stabilize global food prices by tracking and predicting rice crop yields.

Spinoff stories related to JPL include how:

“Innovations made to advance space exploration regularly make an impact back on our own planet,” said Daniel Lockney, NASA’s Technology Transfer Program executive. “You can find NASA technology in virtually every facet of modern life.”

These spinoffs contribute to the country’s economic growth by generating billions of dollars in revenue and creating thousands of jobs.

The book also includes a section, “Spinoffs of Tomorrow,” that highlights 20 technologies ripe for commercial adaptations, including a coating inspired by lotus leaves that protects surfaces from water, dust and contaminants and a battery management system that can inexpensively extend battery life and improve reliability. All are available for licensing and partnership opportunities through NASA’s Technology Transfer Program.

Spinoff, NASA’s premier annual publication, is a part of the agency’s Technology Transfer Program. The program is charged with finding the widest possible applications of NASA technology through partnerships and licensing agreements with industry, ensuring that NASA’s investments in its missions and research find secondary applications that benefit the nation and world.

Print and digital versions of Spinoff 2016 are available on the Spinoff website at: http://spinoff.nasa.gov [2]

An iPad version of Spinoff 2016, including shortened versions of the stories, multimedia and interactive features, also is available for download in the Apple iTunes store.