HomeSportsAPSU Governors Basketball back in action Saturday to take on Tennessee Tech...
Sports 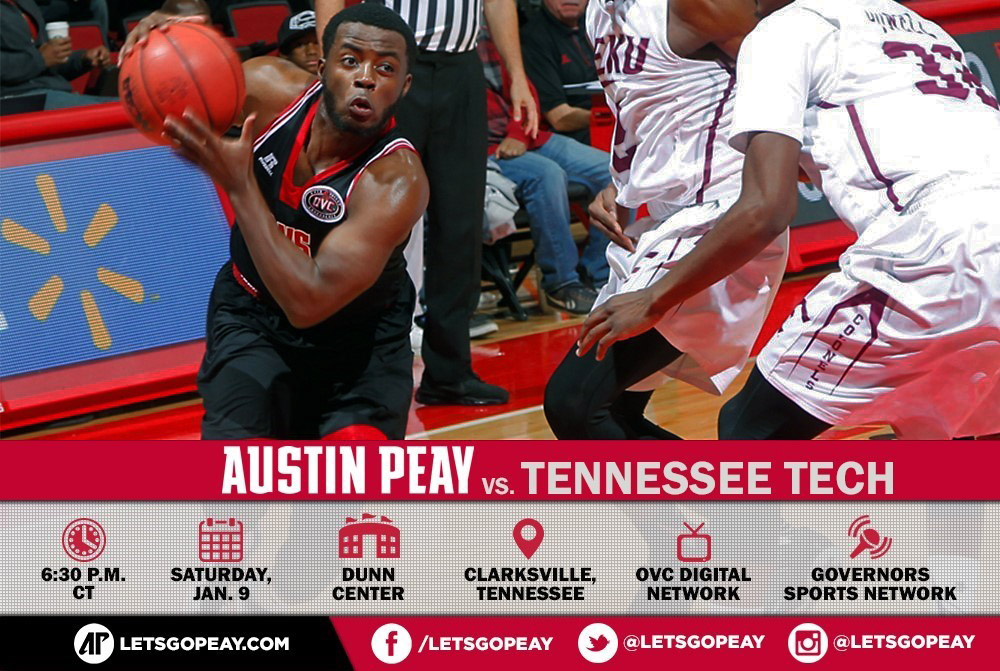 Clarksville, TN – Austin Peay State University men’s basketball team will look to end its homestand on a winning note while at the same time push its Ohio Valley Conference record above the .500 mark when it plays host to Tennessee Tech, 6:30pm, Saturday, in Dave Aaron Arena. 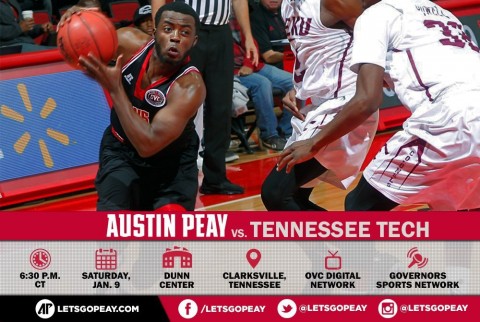 The Governors, now 8-9 overall and 1-1 in the OVC, are coming off an impressive 73-54 beat down of Jacksonville State, Thursday night, in a contest they never trailed while holding the visitors to 30 percent (20 of 67) shooting.

Chris Horton led the Govs with 24 points and 13 rebounds, his 13th double-double this season while Josh Robinson added 13 and Khalil Davis provided some lock-down defensive play.

The Golden Eagles (11-5, 3-0) are off to their best start in OVC play since the 2005-06 season…and that third victory came Thursday night where opponents usually don’t enjoy much success. The Golden Eagles defeated Murray State, 71-65, in the CFSB Center—the Racers’ first home defeat in nearly three years, snapping the Racers’ 17-game OVC win streak along with a 17-game OVC home win streak.

“Tennessee Tech is coming off a huge win against Murray State at Murray,” APSU coach Dave Loos said. “They are coming in here on a high and want to build on that. We are coming off a big win against Jacksonville State and we need a big crowd to support these guys.”

Picked fourth in the OVC East in the preseason poll, Tennessee Tech’s surprising success largely can be attributed to a facet where the Govs have struggled some of late…the free-throw line. Ranked 10th nationally in free throw-percentage (76.3 percent) and seventh in free throws made (306), the Golden Eagles converted 34 of 39 attempts against the Racers.

It was third time this season TTU had made 30 or more free throws in a game. Meanwhile, the Governors have shot less than 60 percent at the line in their first two OVC games, a loss to EKU, last Saturday, and Thursday’s victory against Jacksonville State.

Senior guard Torrance Rowe, in particular, was dogmatic driving to the hoop against the Racers, resulting in a 15-for-15 free-throw night. He finished with 25 points. Forward Ryan Martin, who leads the Golden Eagles in rebounding, had a double-double with 18 points—9-of-9 at the line—and 11 rebounds.  Rowe is averaging 17.2 ppg for the season while Martin is at 14.8 ppg. Guard Aleksa Jugovic is the other double-figure scorer at 10.6 ppg.