Both teams started with wins over ranked teams in their respective conference openers but fell on Thursday night. After drawing a Monday night matchup this week at Missouri, the UT women are playing their third of three games in a span of seven days this week.

Former Lady Vol players, managers and coaches reunite, Friday through Sunday, for a reception, dinner and visits to practice, the team’s pregame meal and men’s and women’s games.

The Lady Vols of the past will be recognized at halftime of Sunday’s game.

The Series Vs. Auburn

The Lady Vols have won eight in a row in the series and 24 of the past 26, with the last loss coming on March 7th, 2009, when the Tigers handled UT, 78-58, in the semifinals of the SEC tourney in North Little Rock, Ark.

Tennessee and Auburn played for the 1989 NCAA Championship in Tacoma, WA, with the Lady Vols prevailing, 76-60. Tennessee also beat the Tigers in regional finals in 1987 and 1991 en route to NCAA Final Fours they would end up winning.

UT and AU four times played for SEC Tournament titles from 1985 to 1990, with the Lady Vols winning three of those. 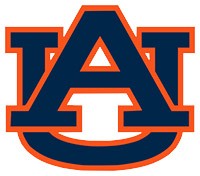 Auburn come to Knoxville after dropping two of its last three, but the one win was a big one over #7 Kentucky in Auburn Arena, 66-61, on January 3rd. The Tigers also pushed #7 Mississippi State on Thursday night before falling in Starkville, 60-45 to the Bulldogs.

Head coach Terri Williams-Flournoy is in her fourth year on The Plains and has carded a 62-52 record. She is 205-156 overall in 12 seasons, including a 69-58 victory over UT in the 2010 Paradise Jam in the U.S. Virgin Islands while she was head coach at Georgetown.

Tennessee returns to The Summitt on Sunday, looking to bounce back from a 74-66 upset home loss Thursday night at the hands of Florida (13-2, 1-1).

UT burst out to a 25-16 first-quarter lead on the strength of 52.4 percent shooting but could not maintain that accuracy. The Lady Vols rebounded well against the Gators, pulling down 54 to UF’s 46, including a season-high 31 offensive boards. That total of 31 offensive boards was the most since UT had 32 vs. Troy on December 14th, 2013.

Six Lady Vols have combined to miss 38 games this season due to injuries, making it difficult for UT to develop on-court chemistry and continuity during the non-conference season.

With Alexa Middleton returning to action vs. Stetson, Tennessee had 10 available players for the first time since the Albany game on Nov. 27 and also enjoyed that luxury vs. Missouri and Florida.

The men’s & women’s tennis teams will be greeting fans as they enter Thompson-Boling Arena and passing out BEAT AUBURN stickers to the first 500 fans.

Nia Moore is the postgame Autograph Player of the Game.