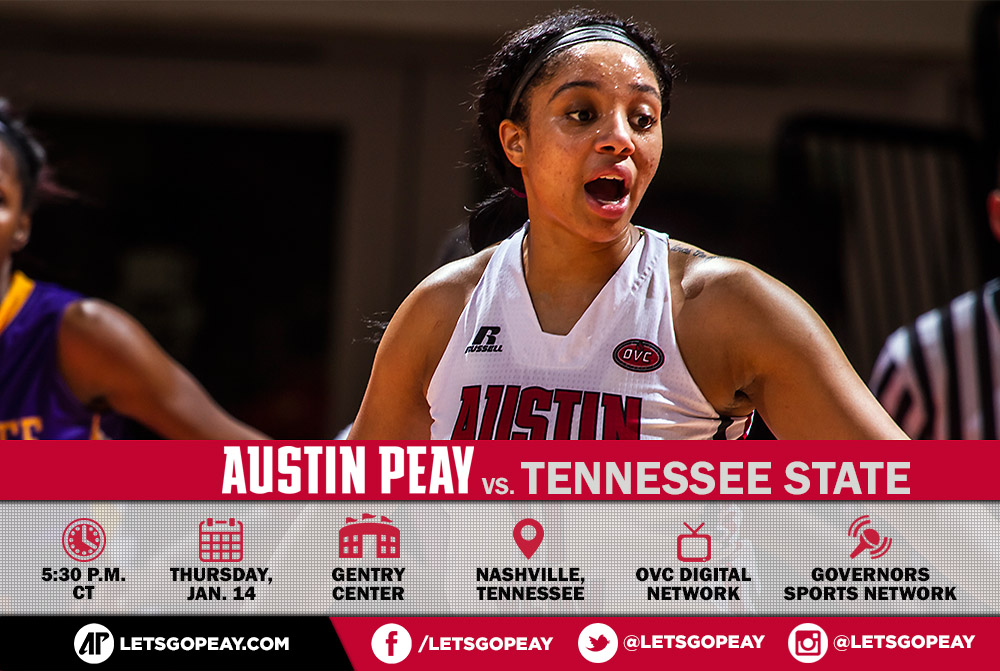 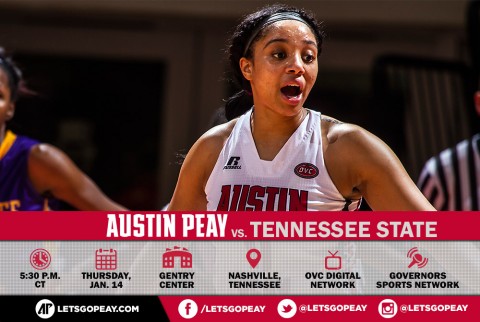 The Govs moved to 3-0 in league play courtesy its second straight come-from-behind effort in a 91-75 win against Tennessee Tech, Saturday.

Austin Peay trailed by 15 points after the first quarter, but erased that deficit with a 15-0 run to start the second period.

APSU leveled the game after three quarters before racing away courtesy a 32-16 fourth quarter margin.

Senior guard Tiasha Gray notched her fifth carer 30-point outing, finishing with 32 points in 32 minutes against the Golden Eagles. That performance helped her claim the OVC’s Player of the Week award for the first time this season, Tuesday, as well as Tennessee Player of the Week honors from the Tennessee Sports Writers Association.

Backing up Gray was the front-court duo of junior forward Beth Rates and sophomore center Brianne Alexander. Rates put forth a career-high 18 points thanks to a 6-of-10 shooting performance while also added seven rebounds and three blocked shots. Alexander returned to action after missing four games due to injury and finished with 17 points and eight rebounds, making 11-of-12 at the free-throw line.

Austin Peay’s 3-0 OVC start came on the back of three straight home games. Beginning with Thursday’s contest, the Govs begin a three-game OVC road trip which includes Thursday’s game followed by a Saturday tilt at Belmont then a Wednesday affair at Morehead State.

Thursday’s contest will be the 58th meeting since 1976-77 between Austin Peay and Tennessee State, with APSU holding a 31-27 advantage. The Lady Tigers have dominated the series since 2006-07, winning 11 of the 15 meetings, including its current five-game win streak. Austin Peay has not won in the Gentry Center since January 15th, 2011, losing the last two meetings there.

Bank on Banks
Junior center Tearra Banks is in rarified air at the season’s halfway point, entering Thursday’s game ranked ninth among Division I players in field goal percentage (60.0). Only one player in APSU history has finished a season shooting better than 60 percent – Gerlonda Hardin, who accomplished the feat all four years she played at Austin Peay and finished her career shooting 61.8 percent from the floor.

About the Tennessee State Lady Tigers

Tennessee State is unbeaten at home this season (5-0) and has a seven-game home win streak dating back to last season – the longest home win streak in the OVC. Prior to Saturday’s win against SIUE, Tennessee State had struggled with its shot and enters Thursday’s contest ranked 12th among OVC teams (35.5 percent) in field-goal percentage.