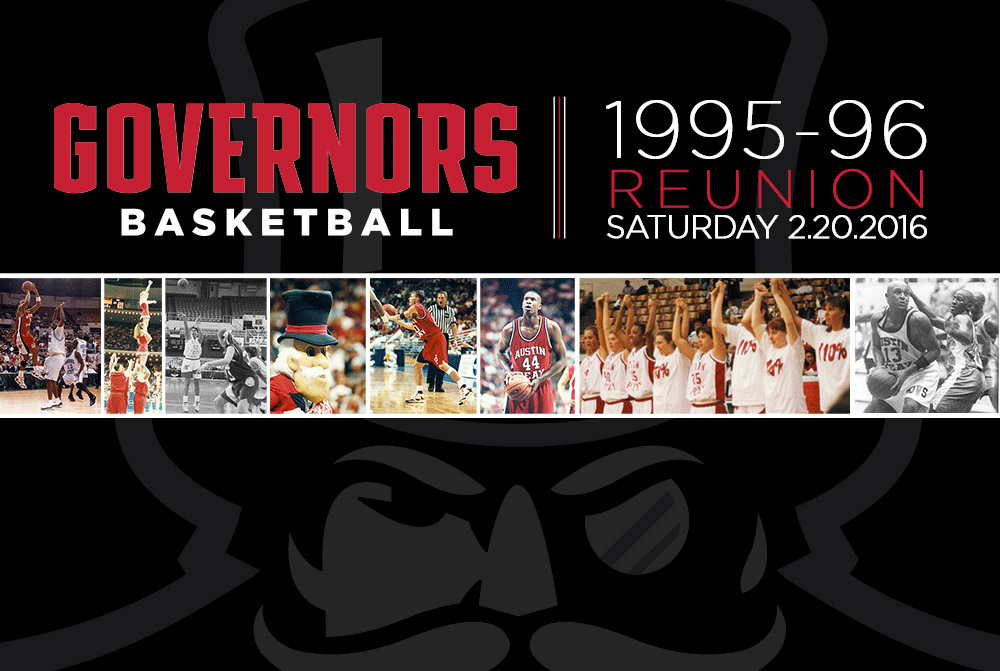 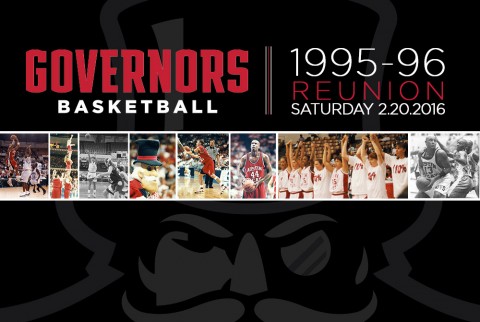 And it’s only natural APSU will honor those basketball teams on a day when they are playing Murray State.

The Lady Govs claimed a share of their first-ever regular-season OVC crown by defeating the Lady Racers, 66-58, in double overtime on the season’s final day.

Meanwhile, the Governors split regular-season games with the Racers, with each winning on the other’s home court. For the Govs, their win at Murray came on the season’s final day, an impressive 80-65 verdict. It was that win that helped boost the Governors into OVC tourney where they downed Eastern Kentucky, 89-67, and Tennessee State, 83-62, in the tourney’s first two games, setting up a rematch with the Racers in the finals. 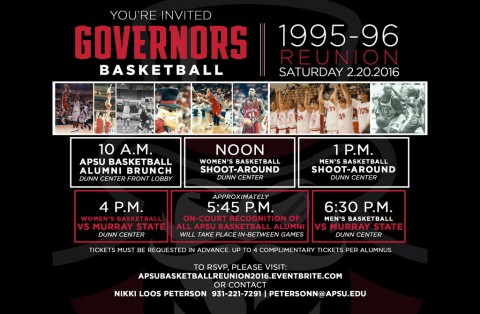 Although Bubba Wells scored 35 points in the title game, it came down to free-throw shooting in the game’s closing second. In fact, sophomore center Reggie Crenshaw stepped to the line and nailed two free throws with 0.7 seconds left to give APSU the 70-68 victory.

Governors and Lady Govs team members from 1995-96 will be part of a panel discussing their respective tournament championship drives during the 10:00am, Alumni Basketball Brunch in the Dunn Center front lobby.

All basketball alums (and their families) are invited free of charge to the brunch–for fans and other interested parties it will be $10.00 per person–and to stick around for the noon (women’s) and 1:00pm (men) shoot-arounds that day.

The APSU women and Murray State will tip off at 4:00pm that day, with the men’s game at 6:30pm. All basketball alums will be honored in between games, approximately 5:45pm.

Four tickets are available to each APSU Basketball Alum for the games that day. To RSVP, go to APSUBasketballReunion.EventBrite.com or telephone Nikki Loos Peterson 931.221.7291 or email .