Nashville, TN – For the second consecutive year, Tennessee fire deaths decreased to a new state-record low while the number of lives saved by smoke alarms installed by the state’s fire departments continues to climb.

Seventy-two (72) people died in accidental home fires across the state in 2015 — down from 76 fatalities in 2014. Both years were record-breaking improvements compared to 2013’s fire fatality total of 100. 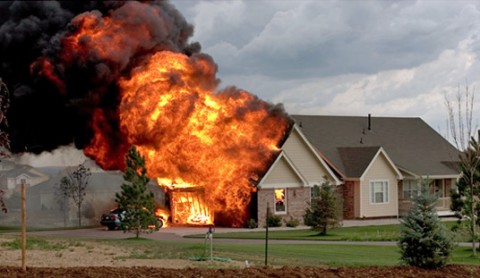 Tennessee fire deaths have decreased for the second straight year.

The three leading causes of 2015’s fire fatalities were smoking, electrical distribution (wiring, outlets,) and heating, according to the Tennessee Fire Incident Reporting System (TFIRS). TFIRS indicates that nearly 80% of last year’s state fire deaths took place in homes where no smoke alarm was known to have been present.

“The loss of life in a fire is a tragic event that we are committed to stopping,” Tennessee Commerce & Insurance Commissioner and State Fire Marshal Julie Mix McPeak said. “Our partners in the Tennessee fire service community have worked diligently to prevent loss of life, and our teamwork is paying off. Going forward, we will not be complacent, and we will continue to make risk-reduction initiatives our top priority.”

Tennessee has seen a 28% reduction in fire fatalities over the last five years (2011-2015) from the previous five-year average (2006-2010) when the National Fire Protection Association (NFPA) ranked Tennessee as No. 6 in the nation for fire deaths.

“The continued reduction of fire fatalities in our state is a result of the dedication and commitment of the entire Tennessee fire service,” said Gary West, TDCI Deputy Commissioner for Fire Prevention. “A key part of the SFMO’s lifesaving mission is promoting the importance of smoke alarms. Our ‘Get Alarmed’ program continues to see great success due to partnerships with local fire departments and agencies like the Red Cross.”

Launched in November 2012, the “Get Alarmed Tennessee” program [1] is responsible for over 100,000 smoke alarms being distributed by the SFMO. More than 450 fire service partners work to install the 10-year battery alarms in homes statewide.

This program, along with focused fire prevention in high-risk areas of the state, has helped increase awareness about the dangers of fire. The smoke alarms provide the basic level of protection in homes, (early detection) and have directly prevented tragedies from occurring. Smoke alarms installed as part of the “Get Alarmed” program are credited with saving 121 Tennesseans [2] from fire danger so far. Thirty-six of those saves occurred in 2015 alone.

Last year’s reduction in loss of life could not have happened without the support of local, state, and nationwide organizations, including:

The first “Get Alarmed” smoke-alarm canvass of 2016 will be held Saturday, Feb. 6, when the SFMO, Fentress County Emergency Management Agency, Fentress County Fire Department, and the American Red Cross will canvass the Clarkrange and Jamestown areas to install free smoke alarms for homes in need. The event comes in the wake of two separate fire fatalities that recently occurred in Fentress County.

Volunteers will meet at 8:00am at the Clarkrange Baptist Church at 6250 South York Highway in Clarkrange.

The SFMO urges all Tennesseans to make fire safety a priority. A comprehensive home fire safety checklist can be found at www.tn.gov/fire [3].

[1] the “Get Alarmed Tennessee” program: https://www.tn.gov/commerce/article/fire-get-alarmed