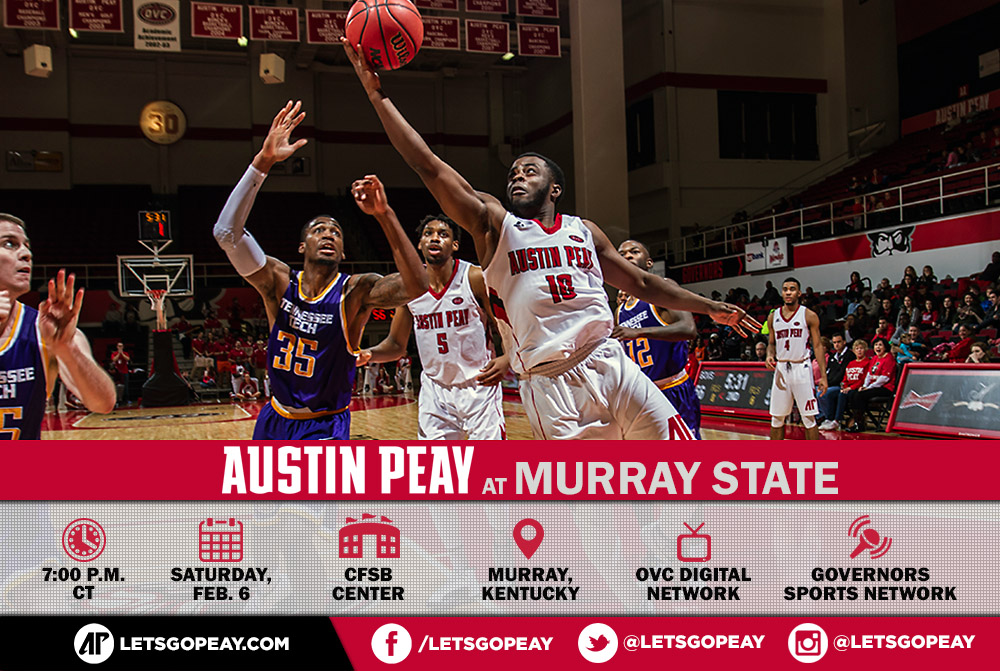 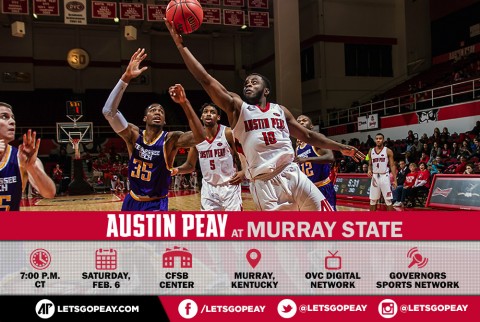 The Governors are coming off a disappointing 86-77 loss to UT Martin, a contest that saw APSU control much of the first half but lost all momentum when the Skyhawks began the second half on an 8-0 run.

Murray State, meanwhile, is coming off a 78-72 verdict at Southeast Missouri in a contest the Racers never trailed. The Racers converted a season-best 12 three pointers—the same amount of threes the Governors made in their loss at UT Martin.

Racers’ senior guard Jeffery Moss, who struggled early in league play, continued his recent strong performance with a season-high 26 points, including 7-of-11 from three-point territory. He was one of five Racers in double figures. Forward Wayne Langston continues to be the offensive fulcrum, averaging 13.7 points on 65 percent shooting, and 6.4 rebounds per outing.

Fellow front courter Kenny Jones made it back-to-back strong performance with 16 points on 7-of-8 shooting and seven rebounds.

After slumping much of January, Jones came alive last weekend at Southeast Missouri.

A game after scoring 30 points at Southeast Missouri, guard Josh Robinson didn’t score until the final 14 seconds of the opening half. He still finished with 16 points to tie with Jones as the Govs’ offensive leaders.

The Govs made a season-best 12 three pointers—the most since December 2012—on a season-high 34 attempts—nine more than their previous high. They also had 20 assists, their most during OVC play this season. In fact, with the Skyhawks collapsing on the Govs’ inside game, the duo of Horton and Jones combined for 11 assists.

The Govs’ woes occurred on the defensive end in the second half as they allowed UT Martin to shoot 55 percent from the floor in the final half.

The Governors will attempt to snap a nine-game losing streak in the series. APSU last won at CFSB Center, January 8th, 2011.

This is the 125th meeting between the two OVC rivals, Austin Peay and Murray State, with  the Governors trailing, 83-41. The Governors have lost nine straight in the series, including  82-72 and 89-54 defeats in 2015