Knoxville, TN – Tennessee returns from a two-game road stretch to play its first Saturday home game in nearly a month when it hosts LSU at Thompson-Boling Arena. Tipoff on Saturday is slated for 5:30pm ET/4:30pm CT on ESPNU.

The Vols (12-14, 5-8 SEC) have a quick turnaround after facing 14th-ranked Kentucky on Thursday night in Lexington. UT fell in that contest by an 80-70 count, and therefore splitting the season series with the Wildcats. Armani Moore recorded his second double-double in as many games against UK this season, logging 21 points and 11 rebounds on Thursday night. Kevin Punter Jr. was the only other Vol to reach double figures, finishing with 19 points.

LSU (16-10, 9-4 SEC) comes to Knoxville looking to avoid a winless week after falling at home to Alabama on Wednesday night.

The Tigers got 21 points from sophomore forward Craig Victor II and another 20 points and 10 rebounds from freshman phenom Ben Simmons, but couldn’t hold off the Crimson Tide in a 76-69 decision.

Simmons, a 6-10 forward out of Australia, leads LSU in both scoring and rebounding, averaging a double-double at 19.3 points and 12.0 rebounds per game. Those figures rank third and first in the SEC, respectively. Through 26 games of his freshman campaign, continues to be considered by many sports news publications as the favorite to be taken first overall in the 2016 NBA Draft. He is the only Tiger to have started every game this season and also leads the team in assists at 5.1 per game.

In all, LSU boasts five double digit scorers on its squad as Simmons is followed by senior guard Keith Hornsby’s 13.8 ppg, Craig’s 12.9 ppg, and junior guard Tim Quarterman’s 11.0 ppg. Rounding out the group is Antonio Blakeney, a freshman guard who is scoring at a 10.6 ppg clip. No other player on the Tigers’ squad averages more than 6.0 ppg.

LSU has the league’s top scoring offense, putting up 80.7 ppg. It also ranks second in both field goal percentage (.471) and is tied for first in steals per game (7.8).

Following Saturday’s game, the Vols are back on the road. This time Tennessee heads east to face South Carolina in Columbia on Wednesday night. That tilt is scheduled for a 9:00pm ET/8:00pm CT tip on the SEC Network.

Tennessee has a +9.6 scoring margin at home this season, where it shoots .446 overall and .364 from 3-point range. The Vols lead the SEC and rank 31st nationally in fewest turnovers per game (11.0 tpg). UT has committed fewer than 10 turnovers in each of the last four games.

Tennessee is 4-1 in SEC play when it out-rebounds or draws even on the glass with its opponents.

Extend UT’s active home win streak to four games. Give UT at least a dozen home wins for the fourth time in the last five years. Help the Vols avoid their first three-game SEC losing streak of the season.

Preserve the possibility of seniors Armani Moore and Derek Reese winning 50 home games during their careers; they are currently 47-16 at TBA. 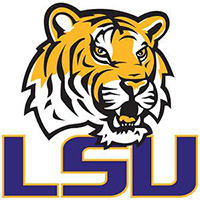 LSU is 16-10 (9-4 SEC) in its fourth season under coach Johnny Jones. Its RPI stands at No. 82, and the Tigers are 3-5 on the road this season. On Wednesday, LSU lost at home to Alabama. Jones was a standout guard at LSU and played on the Tigers’ 1981 Final Four team.

True freshman “point forward” Ben Simmons is a National Player of the Year candidate who leads the SEC in rebounding during conference games (11.2 rpg) while ranking tied for fourth in scoring (19.8 ppg) and sixth in assists (4.7 apg) in league play. Simmons has an SEC-best 18 double-doubles this season and is projected as the No. 1 overall pick in June’s NBA Draft.

Junior guard Tim Quarterman was a second-team preseason All-SEC pick by the league media, and he is averaging 11.0 points, 4.8 rebounds and 3.5 assists. Senior guard Keith Hornsby is shooting 42 percent from 3-point range this season and led LSU with 23 points the last time these teams met.

All five of LSU’s starters are averaging at least 10.0 ppg this season.

Tennessee senior Josh Richardson scored 20 points and junior Armani Moore finished with 19 to lead the Vols to a 78-63 victory over LSU March 4th, 2015, at the Pete Maravich Assembly Center in Baton Rouge.

Tennessee led by as many as 18 points when Kevin Punter Jr. hit a heavily guarded 3-pointer with 8:31 remaining. LSU eventually cut the lead to 11 points but never again came within single digits of the Vols.

Keith Hornsby led the way for the Tigers. He made 5 3-pointers to finish with 23 points. Jarell Martin had 16 points and five rebounds, and Jordan Mickey had nine points and eight rebounds. Martin and Mickey both were 2015 NBA Draft picks.

Tennessee and LSU were tied 33-33 at halftime, thanks to the Vols’ work on the glass. The Vols out-rebounded the taller Tigers, 22-15, converting 11 offensive rebounds into eight second-chance points.

Baulkman and Punter are junior-college transfers who are nearing the end of their second and final year on Rocky Top.

Coach Barnes the rest of the Tennessee coaching staff will be wearing lapel pins during Saturday’s game as a part of Coaches Powering Forward for Autism, an initiative benefiting Autism Speaks. Autism Speaks is the world’s leading autism science and advocacy organization.

It is dedicated to funding research into the causes, prevention, treatments and a cure for autism; increasing awareness of autism spectrum disorders; and advocating for the needs of individuals with autism and their families.