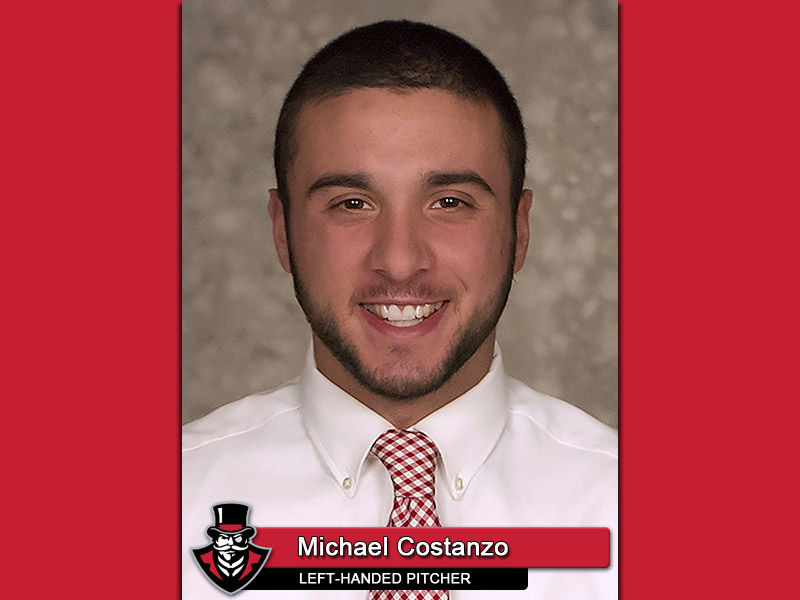 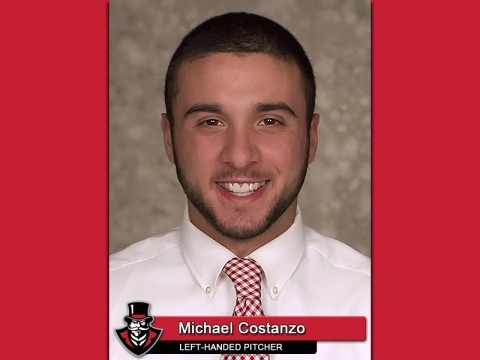 Costanzo, of Chicago, was masterful in his third career start, carrying a no-hitter into the seventh inning of the Govs’ Game 2 victory against Bradley, 8-4, Saturday.

He went 6.1 innings, allowing the two runs on one hit and one walk while striking out eight batters. It was his first victory as a starting pitcher and third career win.

The left-hander got his start going in style, striking out the Braves in the first. Costanzo hit a batter to start the second inning, but settled back in and retired the next 16 batters he faced before allowing a walk in the seventh. He would eventually lose the no-hitter on a two-run home run in the seventh but still picked up the win.

It is the Govs first OVC Pitcher of the Week honoree since Alex Robles received the honor on April 21st, 2014. It the first weekly award for an Austin Peay player since Garrett Copeland earned the April 13th, 2015 award.