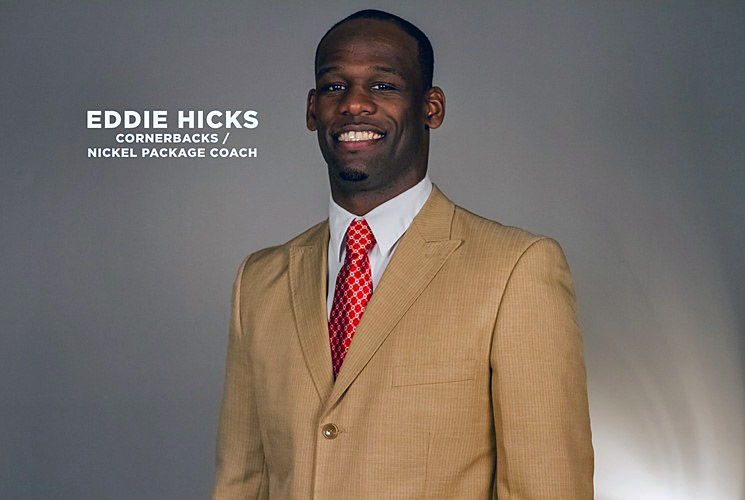 The Clarksdale, Mississippi native hopes to have found a home after a series of one-season stints around the country during his early coaching life. 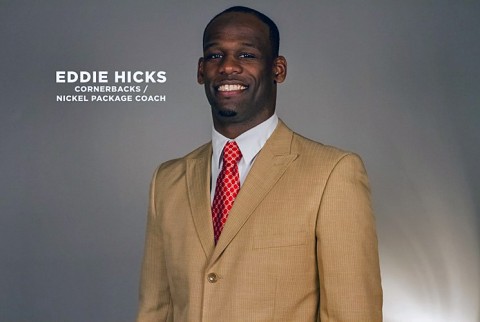 Prior to Murray State, Hicks was defensive quality control assistant at Cal (2014), and a graduate assistant at Cincinnati (2013) and Alcorn State (2012).

Hicks has been earning his coaching-world stripes since breaking in as a graduate assistant in 2012 at Alcorn State. That season, Hicks helped coach a defense that led the Southwestern Athletic Conference in pass defense and ranked fourth in FCS, allowing a mere 156.0 yards per game.

The next season, Hicks joined Cincinnati and was on staff for one of the nation’s best defenses that ranked ninth in total defense (315.6 ypg), 14th in scoring defense (21.0 ppg) and 25th in pass efficiency defense (116.75). Cornerback Deven Drane earned All-American Athletic Conference second-team honors working with Hicks.

After a year at Cal, Hicks joined the Murray State coaching staff where he tutored DeQuinten Spraggins to 90 tackles—most by an OVC defensive back—and All-OVC honors in 2015.

During his playing days, Hicks was an All-Conference USA performer at Southern Miss (2008-09) and All-Freshman team honoree (2006) out of the defensive backfield, leading the Golden Eagles in interceptions in 2008 and 2009. His 87-yard interception return against East Carolina in 2006 still ranks as the third-longest in Southern Miss history. He earned his bachelor’s degree in business administration in 2010.

Healy on Hicks: “I think Eddie is the real steal of this coaching group. He’s an unbelievable young coaching mind who we’re going to rely on as more than just our corners coach. He’s coached in our league and I think he’ll do a great job with our players, but he’s going to have as much say in our defense as anybody. He’s a relationship-driven guy who can recruit and coach the game of football.”

What They’re Saying About Eddie Hicks

“I had the pleasure of coaching Eddie for his senior season at Southern Miss. He was a player/coach on the field for me that season and I thought one day he would make an excellent coach when his playing career was over.  Austin Peay is hiring a good person who will work well with his players to get the most out of them on and off the field.” – Larry Fedora, Head Coach, North Carolina