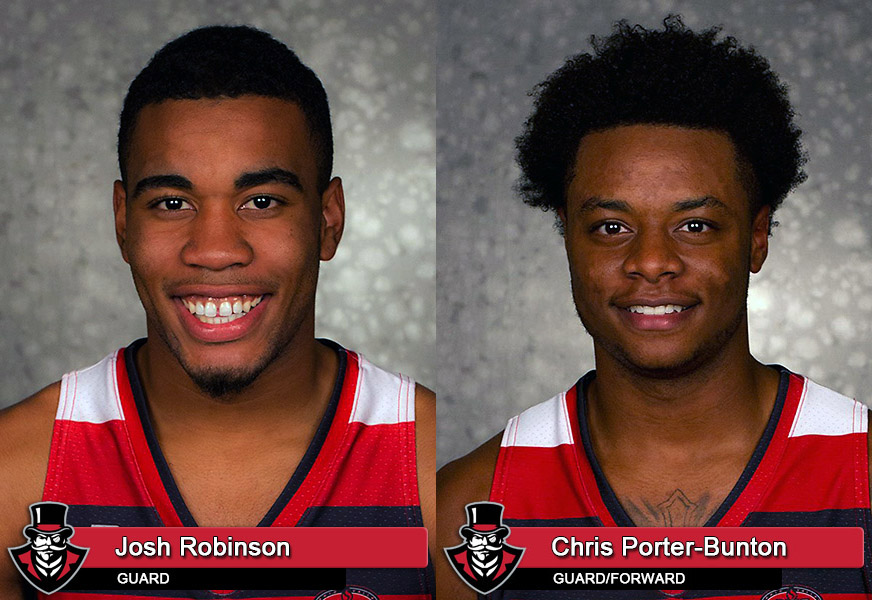 Nashville, TN – Austin Peay State University sophomore Josh Robinson, who averaged 20 points per game in his first two starts at point guard in leading the Governors’ to back-to-back wins has been named Ohio Valley Conference Player of the Week.

Meanwhile, Chris Porter-Bunton, who scored 11 second-half points, including four key late-game buckets to rescue the Governors season finale against Southeast Missouri, has been named OVC Freshman of the Week. 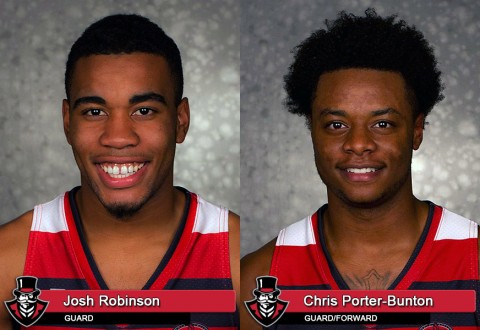 Against SIU Edwardsville, Robinson scored 22 points Thursday night on 8-of-13 shooting, including a trio of three pointers. He also had a trio of assists. He then followed that up an 18-point outing against Southeast Missouri, including five straight points to elevate the Govs’ lead from three points to eight in the final two minutes. Robinson also dished a career-high five assists.

This is the second such honor for Robinson this season. He earned the final 2015 honor back in late December.

Porter-Bunton, meanwhile, scored a career-best 14 points against Southeast Missouri, coming alive in the second half when the Governors most needed it. With APSU trailing by five points, 63-58, with 6:26 left and the Govs season certainly teetering, Porter-Bunton tipped in Khalil Davis‘ missed shot. He then scored on a layup to cut it to one point, 63-62, with 5:43 left following a Davis steal.

Porter-Bunton finished the night 5-of-7 from the floor. He also had eight off-the-bench points against SIUE.

The award is the first for Porter-Bunton. In fact, he is the only freshman Gov to be recognized this season.