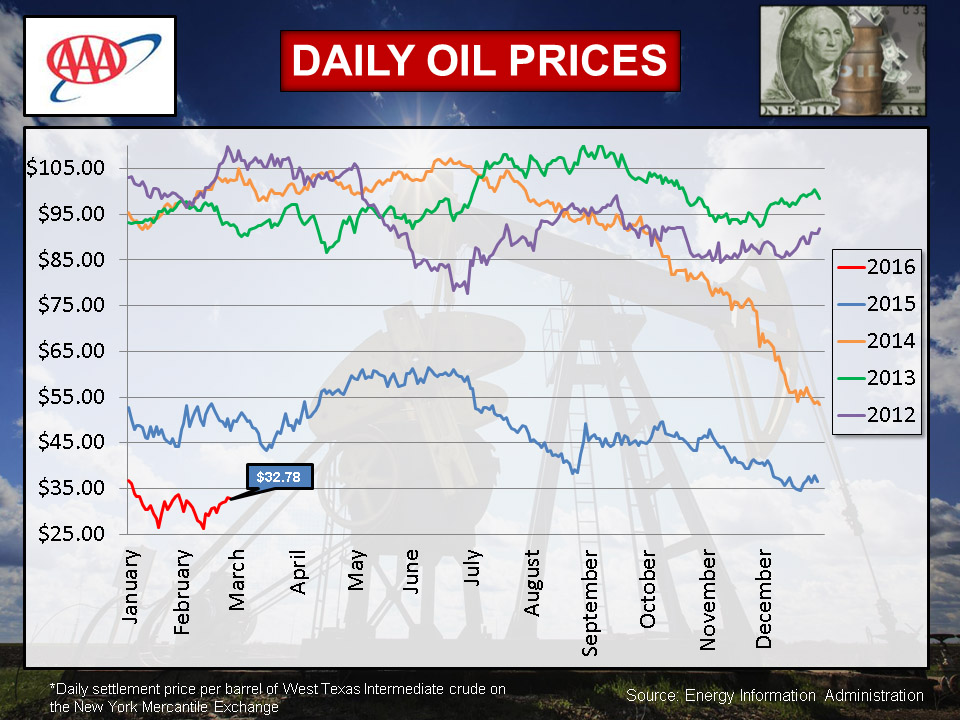 Tampa, FL – Motorists are enjoying the lowest gas prices during this time of year since 2004. However, the current average remains at an all-time low since January 2009.

“Motorists are saving 60-70 cents for every gallon of gasoline compared to this time last year,” said Mark Jenkins, spokesman, AAA – The Auto Club Group. “But the price of oil increased last week, and gas prices rose for the third consecutive day. Georgia and Tennessee residents are seeing prices higher than this time last week, but recent increases in Florida have not exceeded price declines from early last week.” 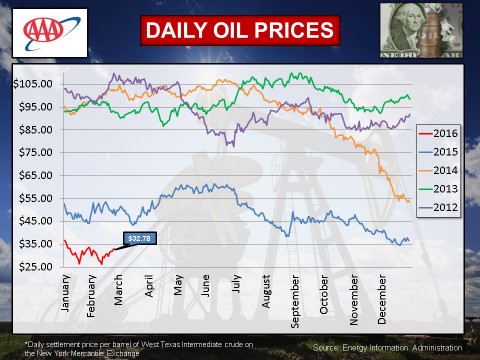 “Gas prices historically climb at this time of year largely due to seasonal refinery maintenance, which can lead to reductions in supply. However, retail averages are likely to maintain their discount to recent years, barring any major disruptions in supply,” Jenkins said.

Global oil markets are still being influenced by speculation about supply and demand.  Discussions about the impact of the lower price environment on both OPEC and non-OPEC production countries are surfacing, and attention is beginning to turn to U.S. production and the potential impacts.

Additionally, the agreement between OPEC member country Saudi Arabia and other production countries to freeze production levels is also receiving attention.  The ability of this deal to rebalance the market and remove the current volatility remains in question.