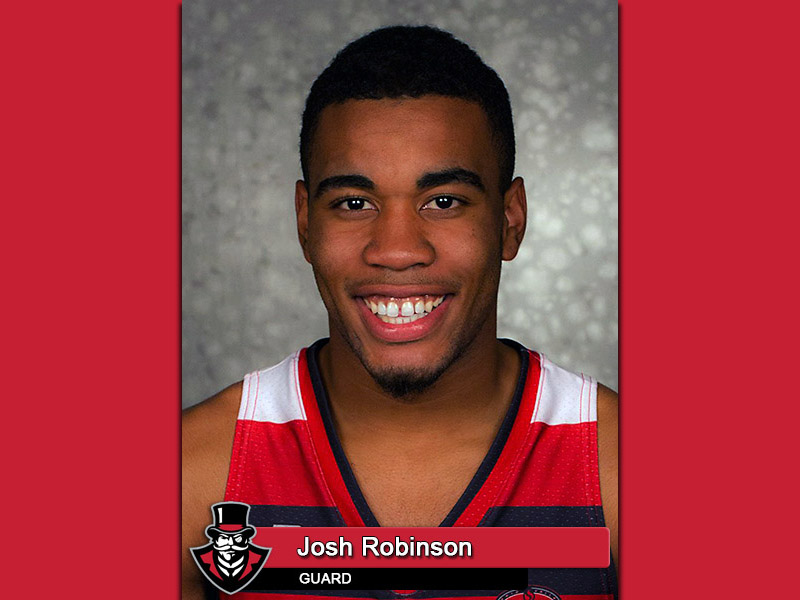 Clarksville, TN – Sophomore guard Josh Robinson, of the Austin Peay State University men’s basketball team, has been named the Copies in a Flash APSU Athlete of the Week.

Robinson scored a game-high 24 points in the Govs 105-79 loss to top-seed Kansas in the NCAA Tournament, hitting 7-of-16 from the floor and 7-of-8 from the free-throw line.

After sliding over to point guard with two games to go in the regular season, the St. Louis native averaged 21.0 points on 45.2 percent (42-of-93) shooting to lead APSU from fringe contender to Ohio Valley Conference Champion. 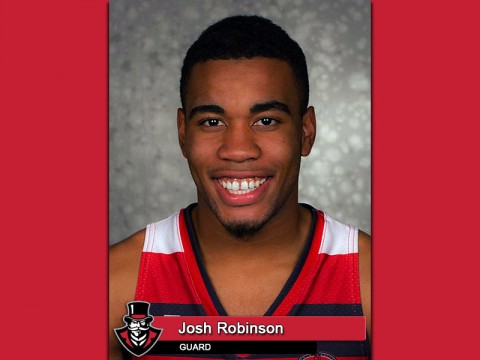