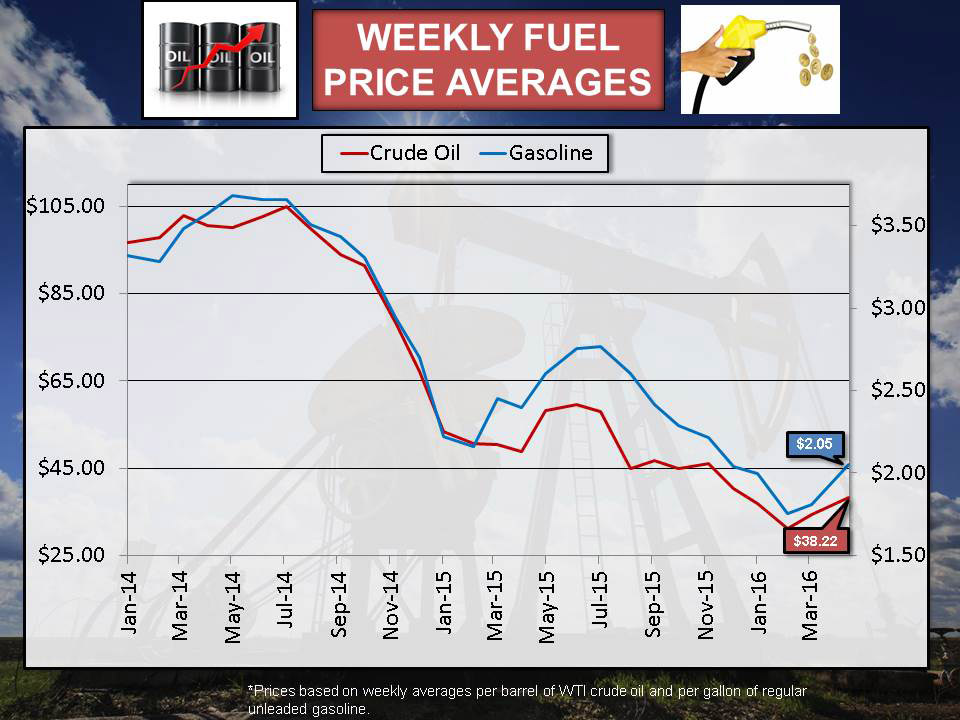 Tampa, FL – Americans paid the cheapest quarterly gas prices in twelve years during the first three months of 2016. Motorists have saved nearly $10 billion on gas so far this year compared to the same period in 2015.

The national average price of gas during the first quarter was $1.86 per gallon, making it the cheapest quarter for gasoline since January-March 2004. Gas prices are expected to remain relatively low compared to recent years, though average prices could rise another 25 cents per gallon by Memorial Day. 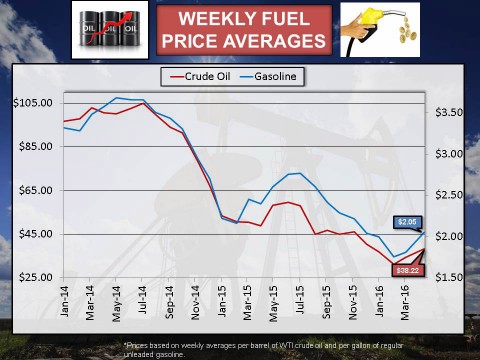 The national average price of gas has risen 36 of the past 40 days. Nationally, a gallon of regular unleaded is $2.06, up 2 cents from last week, but 34 cents cheaper than a year ago.

More than half of U.S. stations are selling gas for less than $2.00 per gallon today, while the most common price across the country is $1.999 per gallon.

Gas prices are significantly cheaper than in recent years due to relatively low oil costs.

Gas prices are on the rise, which is a trend drivers see nearly every spring.

AAA updates fuel price averages daily at www.fuelgaugereport.aaa.com/. Every day up to 120,000 stations are surveyed based on credit card swipes and direct feeds in cooperation with the Oil Price Information Service (OPIS) and Wright Express for unmatched statistical reliability.