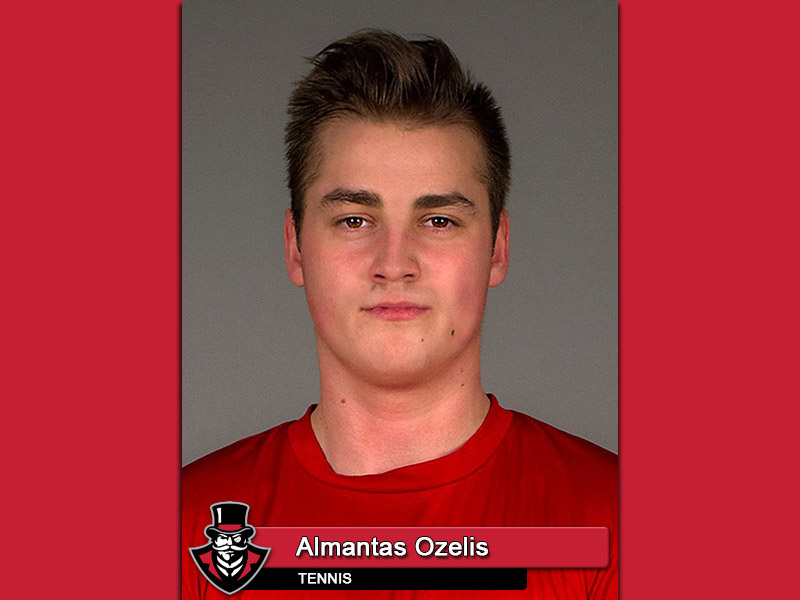 Ozelis, of Marijampole, Lithuania, joined the Govs prior to the spring season, and has been a reliable No. 2 player ever since. 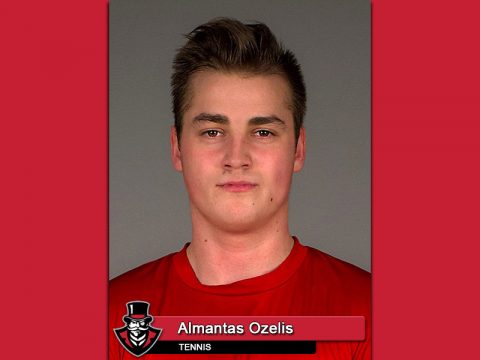 After finding his rhythm at the collegiate level, Ozelis firmly positioned himself at the top of the lineup, with all seven of his singles victories coming there.

“He was a very good recruit for us,” APSU head coach Ross Brown said. “He’s from Lithuania, and one of the best players maybe of all-time at Austin Peay is from there – Aleksas Tverijonas. Aleksas was able to put us in touch with Almantas. Not only is he a very good player, he’s very coachable. He works hard and wants to do well.”

While his individual play has impressed the coaching staff, it’s the doubles performances which have caught the eye of many. Ozelis and teammate Aleh Drobysh finished the regular season with an unblemished conference mark of 8-0 (9-2 overall), all coming at No. 2.

“He’s done very well in both singles and doubles,” Brown said. “He brings a lot in terms of his skills and he’ll be a very good leader and the cornerstone of our team for the next few years.”