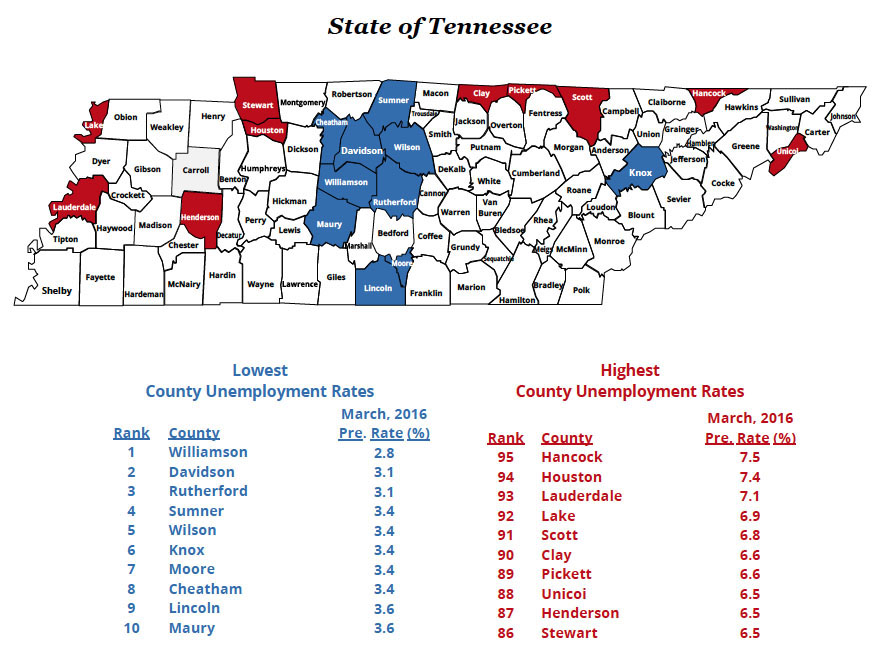 Nashville, TN –  Tennessee County unemployment rates for March 2016 show the rates decreased in 92 counties, increased in one, and remained the same in two counties.

Montgomery County’s unemployment rate in March was 4.3 percent, down from February’s rate of 4.5 percent. 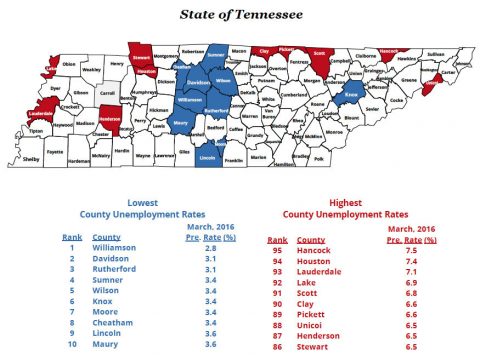 Tennessee’s preliminary unemployment rate for March was 4.5 percent, down four tenths of a percentage point from the previous month’s revised rate.

The U.S. preliminary rate for March was 5.0 percent, up one tenth of a percentage point from the previous month.

The state and national unemployment rates are seasonally adjusted while the county unemployment rates are not. Seasonal adjustment is a statistical technique that eliminates the influences of weather, holidays, the opening and closing of schools, and other recurring seasonal events from economic time series.

Specific county information for March is available on the Internet: https://www.tn.gov/assets/entities/labor/attachments/Labor_Force_Estimates_Mar16.pdf.