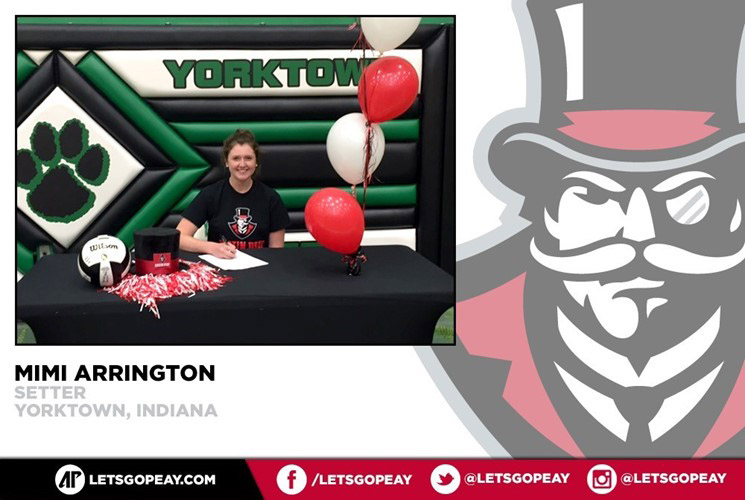 Clarksville, TN – Austin Peay State University’s volleyball team added to its depth at setter, Thursday, as Mimi Arrington, of Yorktown, Indiana, signed a national letter of intent to join the team in 2016. 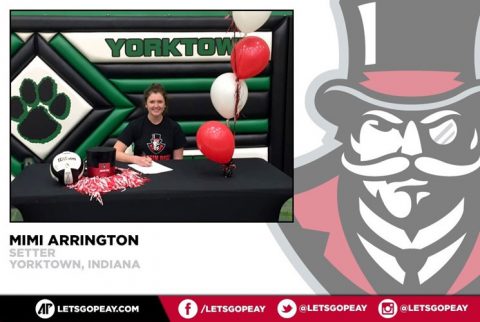 It capped a season that saw her record 1,110 assists – fifth most among all Indiana setters and second in Class 3A. Arrington was selected to the Indiana All-Star Volleyball Classic’s 3A/4A Senior All-Star North Team.

The addition of Arrington will help bolster the Governors roster at setter in 2016, with only sophomore Kristen Stucker returning from the 2015 campaign. Arrington will fill the an opening created by the graduation of senior setter Aubrey Marsellis, who was Austin Peay’s primary setter in 2015 and amassed over 2,000 assists during her career.

Arrington was member of Yorktown’s varsity team for four seasons, compiling a 133-16 record. She led the team to four consecutive conference titles and Class 3A state runner-up finishes in both 2012 and 2015. She was a two-time All-Hoosier Heritage Conference pick and was named a First-Team Class 3A All-State selection by the Indiana Coaches of Girls Sports Association (ICGSA).