[1]Clarksville, TN – Saturday, May 7th, was a great day for the Dwayne Byard Memorial BBQ Cook Off held at Hilltop Super Market. It was warm with a cool wind. Great weather for the event.

The smell of rich, sweet smoke was in the air. The aroma of grilling meat set your mouth to watering.

The cook off was held in honor of Dwayne Byard who past away last year. Proceeds from the event are going towards a scholarship fund for Dwayne’s grandchildren. 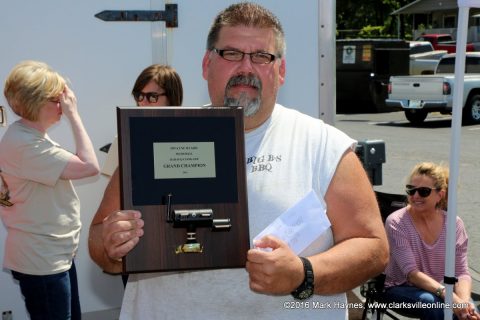 “This was a great event. The weather was perfect, just a little bit windy. The smell of chicken, pork and all of that in the air was a great. It was a great day to benefit Mr. Byard,” said Montgomery County Sheriff John Fuson. “We just all enjoyed it. Enjoyed all the food and enjoyed all the fellowship.”

“Good food, good people, it doesn’t get any better and it all goes to a great project,” Dalton Harrison said. “Dwayne was one of the heads of the BBQ here. A scholarship in his name, no better way to end the day.”

People wondered in and around the BBQ cooking contest all day. There was BBQ, ribs, ribeye sandwiches, etc, for sell. 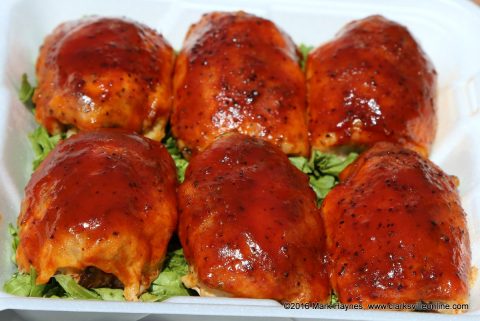 One of the Chicken entries.

Chicken, ribs, pork and dessert were the categories for the event this year. 1st, 2nd and 3rd place finishing teams per category and the overall Grand Champion won cash prizes.

“This was an awesome event. Anytime you can sit down at a table and get the kind of food that came in front of us, it’s pretty special,” stated Montgomery County Mayor Jim Durrett. “Hilltop is a great community partner. Putting this on for Dwayne Byard’s grand kids scholarship fund is pretty impressive.” 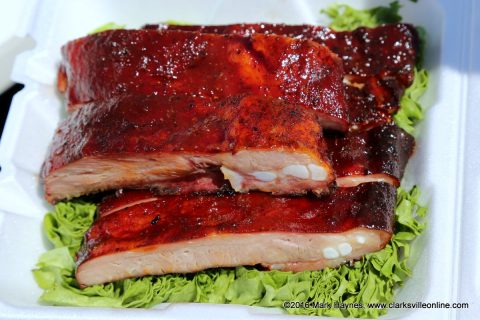 Judging was based on a point system from 1 to 10 (10 being the best). Each entry was judge for it’s taste, texture and appearance. Total points per entry determined the champion.

“I think the judging was awesome. This is always a good gig, good part of what I get to do outside of the office. It’s just awesome,” stated Sheriff Fuson. “This community here is full of a lot of great cooks and we just experience that today. I am just glad to be apart of it.”

“The judging was excellent. I have been doing ever since they started. My name is always there. Bring me back. Because the food is excellent.” commented Harrison.

Once the judging was done, the score sheets were computer tallied to determine the winners. 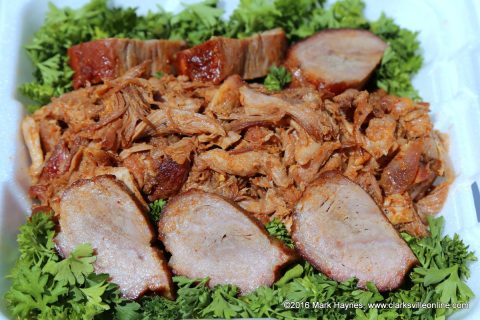 One of the Pulled Pork entries.

Smoke ’em if U got ’em came in first in the dessert category.

In the pork ribs category, first place went to Serious Hog, second went to The big Orange Smokers and The Q Crew came in third.

Once the scores from all three categories were totaled, Big B’s BBQ was named Grand Champion.

“I love this event. I do several cook offs and this is always one of my favorites,” stated Brian Morrison with Big B’s BBQ. 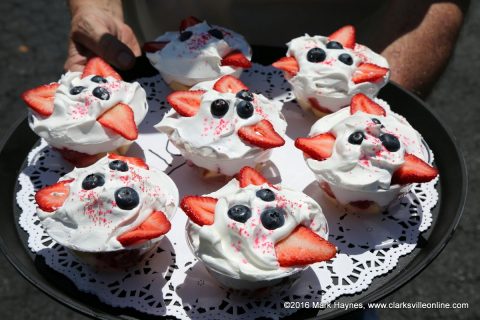 “I think the event today went really well. We had some good winners. It was a really close competition overall. You can see by looking at the points that there wasn’t a whole lot of difference in any of them. Just a few points made the difference, stated Hilltop Super Market manager Mike Jackson. “I think it was a very good competition.”