Yonkers, NY – A new survey released by Consumer Reports today shows that the majority of consumers—73 percent—seek out foods labeled as ‘natural’ when they make food-purchasing decisions.

However, the term ‘natural’ on processed food labels has no clear meaning and is not regulated by any government agency. This is in contrast to 58 percent of consumers—15 percent less—who seek out the organic label, which is actually meaningful and backed by hundreds of pages of standards. 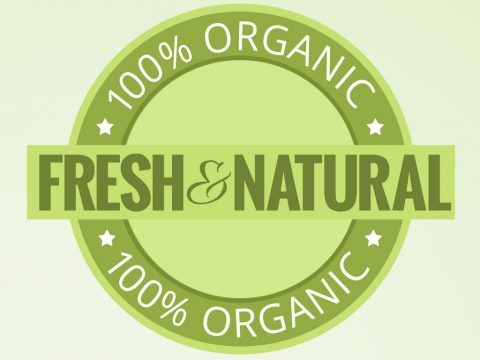 CR’s 2014 survey showed in contrast that 59 percent of consumers looked for the natural label and 49 percent looked for organic—highlighting the need for immediate government action to prevent consumers from being misled.

These new findings come on the heels of Consumer Reports’ March 2016 issue, which highlighted the finding from a 2015 CR survey that almost two-thirds of shoppers believe the natural label means more than it does, and nearly half incorrectly believe that natural claims on labels have been independently verified.

According to this survey and a 2014 survey, the majority of consumers expect processed foods labeled ‘natural’ to contain no artificial ingredients or processing aids, no toxic pesticides or no GMOs.

Yet none of these expectations are true.

“Given this overwhelming consumer confusion, the US Food & Drug Administration (FDA) needs to act now to stop the misleading use of the ‘natural’ label,” said Urvashi Rangan, Ph.D., director of the Consumer Reports Food Safety & Sustainability Center. “Ideally, the word should be banned from food packaging. If the agency does not ban, it should establish a highly meaningful standard that is in line with consumer expectations for ‘natural’ foods—that they be produced according to the government’s standards for organic food and that they do not contain artificial ingredients.  And any claim should be independently verified to ensure it is true.”

Consumer Reports first petitioned the FDA in 2014 to ban the word ‘natural’ on food labels, and continues to urge the agency to take action to avoid misleading consumers. In response, the FDA asked the public to weigh in on what the term should mean in food labeling. With the public comment period ending today, CR submitted a detailed petition with nearly 250,000 comments and a letter signed by 19 organizations, demanding that the FDA ban or establish meaningful standards for the term in food labeling. Other organizations signing onto the initiative include Food and Water Watch and National Consumers League.

The new CR survey, conducted in February 2016, shows that the majority of consumers look to labels and ingredient lists to make their everyday food-purchasing decisions. But ‘natural’ foods are not the only issue facing consumers. Consumer Reports’ survey found discrepancies between consumer expectations and reality when it comes to food safety, genetically engineered foods, and more.

But in fact, the FDA regulation called GRAS (generally recognized as safe) does not provide these important safeguards, and companies can deem new ingredients to be safe and use them without notifying the FDA. Consumer Reports is calling on the FDA to do more to review and track the safety of ingredients in our food.

Consumer Reports continues to call for all genetically engineered or modified food to be clearly labeled.

“Our survey shows that the FDA is letting consumers down in important areas around food production and labeling,” said Rangan. “Consumers need to feel confident in the food that they buy, prepare, and feed to their families. The FDA must do more to ensure the food on grocery store shelves holds up to consumer expectations.”