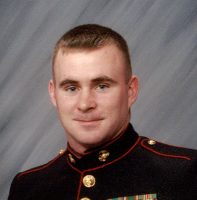 Gunnery Sergeant Thomas Sullivan of Springfield, Massachusetts was assigned to Mike Battery, 3rd Battalion, 14th Marine Regiment, 4th Marine Division in Chattanooga where he served as Battery Gunnery Sergeant when he was killed during a terrorist attack on July 16th, 2015.

He was 40 years old. No family or designee attended on his behalf. 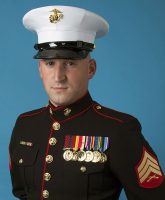 Staff Sergeant David Wyatt was born in Morganton, North Carolina, but grew up in Ozark and Russellville, Arkansas. He was serving as Operations Chief at Mike Battery, 3rd Battalion, 14th Marine Regiment, 4th Marine Division when we he was killed in a terrorist attack in Chattanooga on July 16th, 2015.

He was 35 years old. He was laid to rest at the Chattanooga National Cemetery on July 24th, 2015. Retired Gunnery Sergeant Brian Marzluf and his wife Gretchen Gilliam Marzluf represented the Wyatt family. 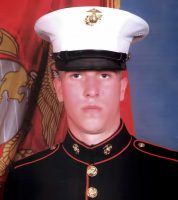 Sergeant Carson Holmquist of Grantsburg, Wisconsin was assigned to Mike Battery, 3rd Battalion, 14th Marine Regiment, 4th Marine Division when he was killed during a terrorist attack at the Navy and Marine Corps Reserve Center in Chattanooga on July 16th, 2015.

He was 25 years old. His wife Jasmin Holmquist received the Tennessee Fallen Heroes Medal on her husband’s behalf. 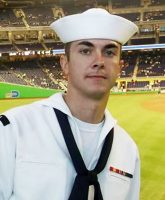 Petty Officer 2nd Class Randall Smith of Paulding, Ohio was assigned to Navy Operational Support Center (NOSC) in Chattanooga when he was critically wounded during a terrorist attack on July 16th, 2015. On July 18th, 2015, Smith died from his injuries.

He was 26 years old. Smith was laid to rest at the Chattanooga National Cemetery on July 28th, 2015. His father Tracy Smith received the Tennessee Fallen Heroes Medal on his son’s behalf.

Lance Corporal Squire “Skip” K.P. Wells of Marietta, Georgia, was serving as a cannoneer with Mike Battery, 3rd Battalion, 14th Marine Regiment, 4th Marine Division in Chattanooga when he was killed during a terrorist attack on July 16, 2015.

He was 21 years old. His mother Cathy Wells received the Tennessee Fallen Heroes Medal on her son’s behalf. 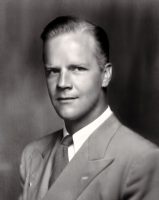 First Lieutenant Alexander Bonnyman, Jr. of Knoxville, was assigned to Company F, 2nd Battalion, 18th Marines Regiment, 2nd Marine Division when he was killed in action on November 22nd, 1943 after several days of intense combat at the Battle of Tarawa.

Approximately 1,100 Marines were killed and more than 2,000 were wounded in this battle.Bonnyman was posthumously awarded the Medal of Honor for personal acts of exceptional valor during the battle.

He was 33 years old. After more than 70 years, Lieutenant Bonnyman was finally brought home from the battlefield and laid to rest in Knoxville on September 27th, 2015. Grandson Clay Bonnyman-Evans received the Honor and Remember Flag and state flower on behalf of his family.

He was 22 years old when he was killed supporting Operation Iraqi Freedom. His parents, Gary and Cathy Reese received the Gold Star Family Proclamation, Honor and Remember Flag and the state flower.

“Over the years, we have met families and heard the courageous stories of their loved ones killed in battlefields abroad, but last July, five service members were killed serving right here in Tennessee,” Haslam said. “The tragedy in Chattanooga is one of many reminders of the dangers facing our troops today. We honor those five brave men who lost their lives that day and remember all the men and women who willingly lay down their lives for our freedom.”

“When we lower our flags to half-staff and lower our heads to pray, let us remember the significance of the loss of these precious lives and the legacies that not only live on in the families they leave behind, but in each of us as Tennesseans and Americans,” Grinder said. “We remain an incredibly strong country and state due to their selfless and courageous sacrifice.”

“Memorial Day is not just another holiday, it is about honoring the heroes who are here only in spirit,” Haston said. “Memorial Day is a day of solemn mourning, but it is also a day of reverent celebration–a celebration of men and women who dared all, who gave all, so that we might continue to enjoy the freedoms and benefits of this great nation.”

The Tennessee Fallen Heroes Medal may be awarded on behalf of the people of the State of Tennessee to an individual serving on active duty who has been killed in an attack that specifically targets military service members or is carried out by an individual inspired or directed by a foreign terrorist organization.

Tennessee Fallen Heroes Medals not presented on behalf of Gunnery Sergeant Sullivan and Staff Sergeant Wyatt will be presented to their next of kin at a future date.