Horton was announced as part of the Heat’s roster for the NBA Summer League in Orlando and Las Vegas. Horton and the Heat’s first game will be Saturday, July 2nd in Orlando.

Since graduation in May, Horton has been working out with hopes of attracting interest from a professional team. The NBA Summer League is an excellent showcase for undrafted and first-year players to catch the eyes of coaches and front offices—both their own and others in the league—to either earn a roster or be one of the first calls when an injury hits during the regular season.

Horton, listed at 220 as an Austin Peay senior, has worked to build his frame but doesn’t want to lose the explosiveness that made him Austin Peay’s all-time leader in career (325) and single-season (100) blocked shots.

More than the added bulk is the enhanced acuity of the professional game.

“I’ve gained a few pounds, up to 225, but I’m still quick and athletic,” he said. “The big thing has been gaining a better understanding of the game at this level, making the right reads at the right time.” 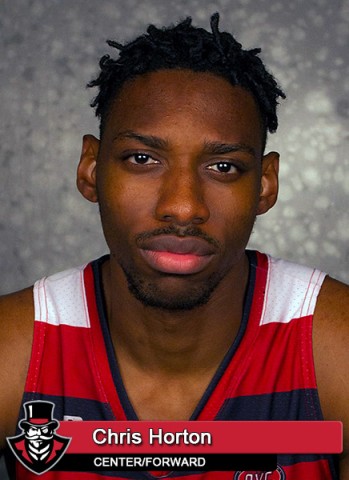 Horton, the ninth player in Division I history with 1,700 points, 1,200 rebounds and 300 blocked shots, put a stamp on his APSU career in a big way this spring. Horton completed his Austin Peay career by averaging 18.8 points, shooting 59.9 percent from the floor, and 12.0 rebounds per game—fifth best nationally.

Horton led all Division I in offensive rebounding (4.92/game) and was fourth nationally in double-doubles (25), the last coming against Kansas in the NCAA tournament after Horton led Austin Peay to an OVC Tournament Championship—the first by a No. 8 seed in OVC history.

“Big and athletic” was Horton’s description of the Heat Summer League roster. Eighteen players besides Horton will be on the Heat’s summer roster, including second-year pros Justise Winslow, Briante Weber and Josh Richardson. Another player with midstate ties, Middle Tennessee’s Shawn Jones, is also on the Heat summer roster.

Eager to show he can bring his college prowess into the pros, Horton showed no apprehension when reached earlier today about his chance during Summer League.

Horton and the Heat will play five games in the Orlando Pro Summer League, July 2nd-8th. The Samsung NBA Summer League in Las Vegas is a tournament-style event, with the Heat’s first of at least five games scheduled for July 9th. A champion from the Las Vegas Summer League will be crowned July 18th.